Base Support for Roy Moore Not Strange At All

Folks, pay attention to this run-off election in Alabama between Sen. Mitch McConnell’s guy and the guy favored by grassroots conservatives.  The political dynamics are fascinating, especially as they relate to President Donald Trump and the fake news media’s campaign to unseat him.

McConnell is backing appointed Sen. Luther Strange.  But if the polling is accurate, the voters are overwhelmingly backing former Judge Roy Moore 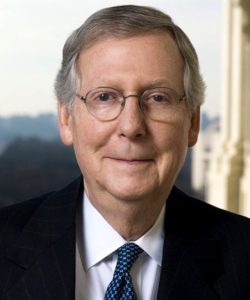 Publicly, the President is backing Strange.  And if you listen to the fake news media – though, why would you? – this race will be a reflection of Trump’s influence and ability to control GOP primaries.  The story the media is dying to broadcast is that “Trump’s guy lost” and he has no power over his supporters.

You see, Trump’s supporters ain’t the mindless rubes that media makes them out to be and the alt-leftists are.  They see through the smoke screen.  They understand the game.  They know why Trump is publicly supporting Strange.  They “get it.”

Trump supporters are going to support the Trump supporter no matter what Trump says.  And Trump, not to mention America, will be better off for it.  It’s just that simple.

“While never-ending palace intrigue continues in the nation’s capital, a bodacious group of Libertarian-leaning conservatives is meeting at a Las Vegas resort to focus on must-do tasks. The Conservative Leadership Conference gets underway Friday and stretches across the weekend with a noisy agenda and an interesting mix of 25 speakers.

“The event also marks a certain debut: Former Arizona Sheriff Joe Arpaio is also on the roster, and is a highlight of the event. He will speak on Saturday, and also receive a “Courage Under Fire” award.  Also among those on hand to have their say: Americans for Tax Reform President Grover Norquist, talk radio host Herman Cain, National Review columnist John Fund, former Trump adviser and author Roger Stone.” – Jennifer Harper, Washington Times, 9/14/17