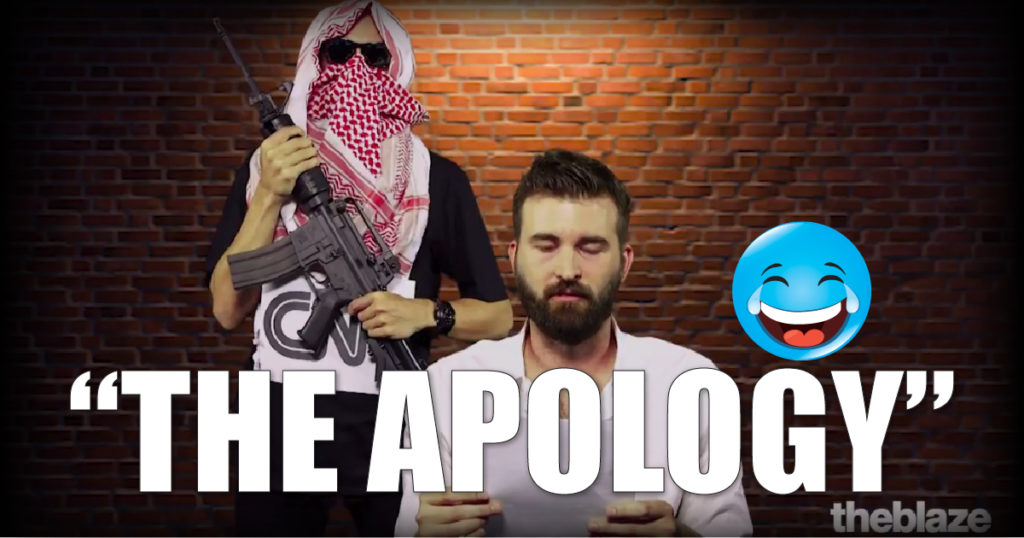 Last August I inked a column in which I observed…

“I don’t know if Donald Trump ever read ‘Rules for Radicals,’ but in many ways his presidential campaign is embracing Saul Alinsky’s strategies/methods against Alinsky’s protégé, Hillary Clinton.”

To this day I still don’t know if the President has read “Rules,” but either by design or coincidence he certainly appears to be using them once again…this time against CNN.

Over the Independence Day weekend, Trump tweeted to his 33 million followers a video “meme” from a WWE Wrestlemania match in which he body-slammed WWE chief Vince McMahon.  Only in this video clip McMahon’s head was replaced with the CNN logo.  It’s hilarious.

Well, of course, the delicate little snowflakes over at CNN and other fake news purveyors had a conniption.

“It is a sad day when the President of the United States encourages violence against reporters,” CNN bleated in a prepared statement.

Oh, puh-lease.  Everyone break out their World’s Smallest Violins.

“It is an incitement to violence,” whined windbag CNN commentator and card-carrying Trump hater Ana Navarro.  “He is going to get somebody killed in the media,”

“What’s next?” asked Dean Obeidallah with mock indignation.  “Will Trump next ‘jokingly’ behead the NBC peacock?”

But all that did was open the door for the president’s son, Donald Trump Jr., to take yet another shot directly at CNN’s cold, liberal, Trump-hating heart…

But if CNN and the rest of the fake news media thought their righteous indignation over being made a global laughingstock would put an end to the richly deserved ridicule, they terribly misjudged the public’s loathing of the media these days.

And CNN made the bad situation even worse by frantically digging to find out who created the original video and threatening to expose his identity publicly if the poor guy didn’t apologize.  Which only resulted in public outrage that caused the hashtag #CNNBlackmail to go viral.

Indeed, the Trump video and CNN’s defensive, heavy-handed response has since spawned a cottage industry of GIF-generators and meme videos depicting President Trump doing all manner of things to CNN.

There’s also now a fake “hostage” video in which the individual who created the original WWE video is forced by CNN to issue a public, on-camera apology.  It’s so hilarious because it’s so true.

And the hits just keep on coming!

Which brings me back to Alinsky’s “Rules for Radicals” and how Trump and his followers have co-opted them for their own purposes, either knowingly or coincidentally…

Rule #5. “Ridicule is man’s most potent weapon. It is almost impossible to counteract ridicule. Also it infuriates the opposition, which then reacts to your advantage.”

Rule #6. “A good tactic is one your people enjoy.”

Ridiculing CNN the way the president did was extremely potent.  And an infuriated CNN clearly has been unable to counteract the ridicule.  And without doubt, Trump supporters are loving every minute of every new anti-CNN GIF and meme.  And there’s no end in sight.

Congratulations, CNN.  You got Alinskied!