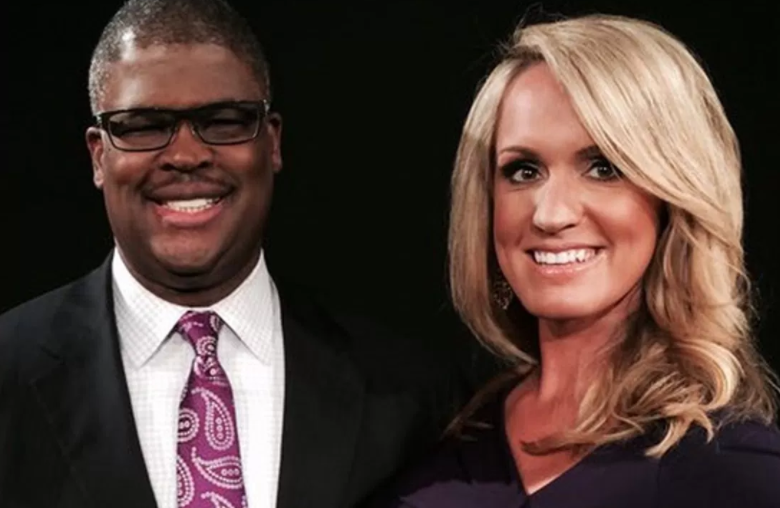 The latest sex scandal to rock The Swamp involves accusations made by Scottie Nell Hughes against Charles Payne.  Not exactly household names to the general public.  So why is the left making such a big deal out of it?

1.)  Payne is a black man; Hughes is an attractive blond, white woman.  That still bugs the hell out of some people.

2.)  Payne is a CONSERVATIVE black man; a particular affront to liberals.  They’d love to see him go down.

3.)  Payne works at FOX News and liberals hate FOX News.  Plus, FOX News has been the center of a variety sex scandals and allegations over the past year already.

4.)  Hughes is a big Trump supporter, and any chance to tie Trump to something negative is a blessing to the left.

According to the Los Angeles Times, Hughes, a political pundit, “alleges that she was coerced into a sexual relationship with Payne under threat of reprisals.”  And based solely on her allegations, Payne was suspended Friday as host of his “Making Money” program by the FOX Business Network.

Payne has vehemently denied the allegations, although Payne admits to having had a three-year affair with Hughes that ended in 2015.  Both are married with children.

Don’t you just hate these he said/she said public spats?  I mean, who are we to believe?

Feminists say you always have to believe the woman…unless, of course, the woman is making a claim against a liberal man. Then all bets are off.  Still, with FOX’s recent record, most will probably tend to lean towards believing Hughes, right?

Well, don’t jump too quickly.  According to a report published by Red Alert Politics yesterday, there are emails!

Back in September 2013, “near the beginning of their relationship, Hughes sent Payne a graphic e-mail in which she discussed a recent sex dream she had involving the two of them in a swimming pool.”

Warning: Salacious material, even if not X-rated, ahead…

According to the email obtained by Red Alert Politics, Hughes wrote (grammar/spelling errors in the original)…

“Do you know what I keep dreaming about.. You and I in the pool… My legs wrapped around your waste and you have me pressed up against the wall of the pool.  Skin glistening and smelling of coconut… You thrusting yourself deeper inside with each push… And your fingers grasping each of my cheeks.”

Yowza!  Sounds like if anyone was sexually harassed it was Payne!

Red Alert Politics also spoke with some of Hughes’ former colleagues, one of whom referred to the coconut-flavored pundit as a “female predator.”

Also, according to a report in the Daily Mail, Kristina Lee Hall, another Hughes associate, claimed on the record that the cheeky pool girl “was notorious for sleeping with men she thought might advance her career.”

“That is literally her pattern,” Hall said, “to sleep with, do stuff with, to get ahead.”

Unless or until the emails and first-hand, on the record reports of Hughes trying to “sleep her way to the top” are proved false, Mr. Payne should be un-suspended by FOX immediately.