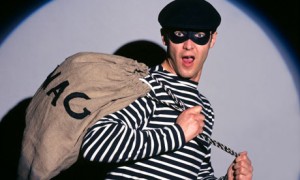 Congress, without a doubt, is the anti-Midas: Everything it touches turns to that stuff you scrape off the bottom of your shoe after walking blindfolded though a cow pasture at the stroke of twelve on a moonless night. Here’s the latest example:

As we all know, banks are as popular today as the bubonic plague. Big banks. Little banks. Nationwide banks. Community banks. Investment banks. Any banks. All banks. Heck, in this environment, probably even Ernie Banks.

As such, banks are fat targets for opportunistic politicians who love to portray themselves as champions of the little guy. So Congress, in its infinite wisdom, decided it would be a good idea for the government to impose a cap on the fees banks can charge retail stores for purchases made with debit cards.

Indeed, thanks to Congress sticking its busy-body nose where it has no business, many banking customers in Nevada are about to be hit with a new $3-per-month fee for the privilege of using their debit card at Smiths, Wal-Mart, CVS, Costco and every other retail outlet. And, oh, free checking? Say sayonara, ol’ chap.

“This is a predictable reaction to what is essentially an attempt at government price control – implemented despite opposition from both banks and credit unions,” opines the Albuquerque Journal. “While the change may have been well-intentioned – punish the big bad bankers and help out merchants and, in theory, consumers – the result is likely to be the opposite, as opponents had predicted all along.”

Yes, in its effort to stick it to the banks, Congress has instead given the shaft to consumers without even the courtesy of cab fare home in the morning.

And in what has to qualify as a finalist in 2011’s “Understatement of the Year” contest, the paper concluded with the following: “This government intrusion is unlikely to boost consumers’ investing, savings or spending.”

Politicians, of course, will point the finger of blame at banks for the end of free checking and the imposition of monthly fees to use your debit cards. But the ones who really deserve to be given the finger are members of Congress who brought this on. Please, will you people stop trying to help us!