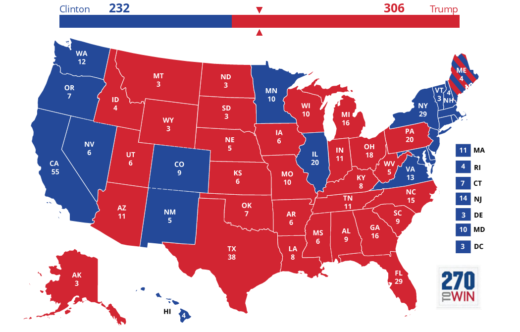 The winner of our presidential elections is determined by how many states you win, not how many votes you get.  This has driven the Hillary sour grapes crowd nuts, since Hillary got more votes in 2016 but didn’t win enough states.

As such, many on the left are calling for the end of the Electoral College and switch our presidential elections to a national popular vote.

The Electoral College system confuses a lot of people, but here’s a simple way to explain it…

In the 2019 National League Divisional Series between the Washington Nationals and the Los Angeles Dodgers, the Dodgers scored a total of 22 runs over the five games played.  The Nationals scored 21 runs – one less overall.

Under a popular vote-like system, the Dodgers would have won the series.  But that’s not how it works.  You see, despite scoring fewer runs overall, the Nationals won three of the five games – and thus the series.

If Dodgers fans were like Hillary supporters, they’d now be demanding that the Nationals be impeached and stripped of their World Championship.