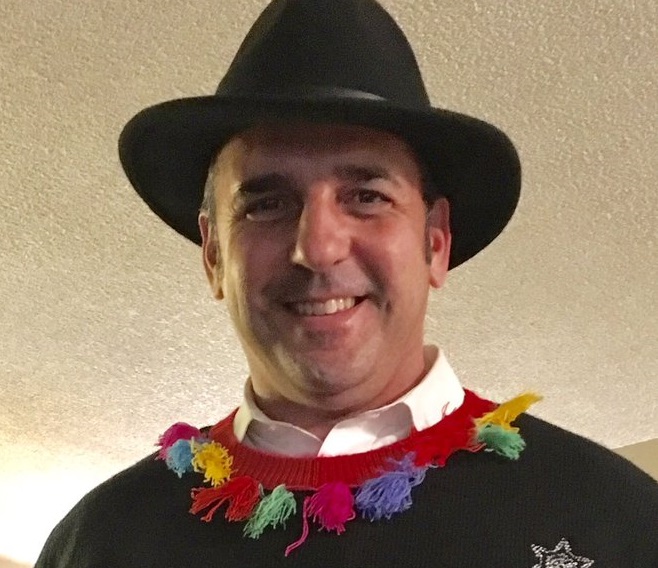 (Chuck Muth) – On January 15th every candidate and political action committee (PAC) in Nevada was required to file an annual Campaign and Expense (C&E) report with the Nevada Secretary of State.

Shockingly, the report filed by the End Trafficking and Prostitution (ETAP) PAC revealed, for the first time, what appears to have been an outrageous abuse of power and conflict of interest by an elected government official.

He filed the request on letterhead from the law firm at which he works – Hutchison and Steffen – which happens to be owned by then-Nevada Lt. Gov. Mark Hutchison, a political opponent of then-Assembly candidate Dennis Hof, who happened to own all four of Lyon County’s legal brothels.

Why he wanted the home addresses of sex workers is anyone’s guess.  But my guess is he wanted to make the addresses public in an effort to shame the adult women who were engaged in a legal business he has personal objections to.

A couple months later Mr. Guinasso registered “End Trafficking and Prostitution” as a PAC with the Nevada Secretary of State.

Shortly thereafter the group launched signature-gathering campaigns to place initiatives on the November 2018 ballot to shut down the legal brothels in Nye and Lyon counties – the two counties, not coincidentally, where Mr. Hof owned brothels.

[In the interest of disclosure, I was Mr. Hof’s campaign manager]

The signature-gathering deadline was in mid-June.  And both efforts failed.  However…

On June 7, 2018 the Lyon County Commission voted to place an “advisory question” on the ballot despite Mr. Guinasso’s failure to obtain enough signatures from Lyon County voters to do so himself.

[CLARIFICATION | January 26, 2019: At the time of the County Commission’s decision to place the advisory question on the ballot, the deadline for signature submission had not yet expired and the Commission did not yet know whether or not Mr. Guinasso had obtained the necessary signatures to qualify his initiative.]

In short, a “Yes” vote on what turned out to be “Lyon County Question 1” would have shut the legal brothels down.  A “No” vote would keep them open.

Question 1 was ultimately and overwhelmingly rejected in November by 80 percent of voters.

But as you’re about to learn, had ETAP PAC not hidden information about a certain Lyon County elected official who was secretly helping to bankroll the initiative it might have been rejected by 98% of voters!

On October 3, 2018, Lyon County Sheriff Al McNeil made a presentation to the Lyon County Commission outlining the results on an “internal audit” of his office.

The report included the results of a routine “compliance check” of the four legal Lyon County brothels in conjunction with Immigration and Customs Enforcement (ICE) agents.

As Michelle Rindels of the Nevada Independent accurately reported at the time, ICE’s involvement was purely for “educational” purposes…

“Lyon County sheriff’s officials said Immigration and Customs Enforcement agents joined them on unannounced visits to the county’s legal brothels on Wednesday afternoon, but the stops were educational and did not lead to arrests or citations.”

Indeed, ICE’s involvement was simply “to help sheriff’s officials know what they were looking at when examining green cards and brief them on relevant federal law.”

But that didn’t stop others from falsely characterizing the spot-check visit as an “ICE raid.”  It was absolutely untrue, but the headlines and reports aided and emboldened the anti-brothel activists.

The important thing to note here is the timing.  The report to county commissioners and subsequent news stories came just a few short weeks before the vote on Lyon County Question 1.

And as you’re about to discover, that was no coincidence.

By law PACs are required to file five C&E reports during an election cycle.  So let’s look at the five ETAP PAC reports…

On it ETAP reported zero contributions for the reporting period of January 1, 2018 through May 18, 2018.

CANDIDATES are required to publicly identify the names of all donors who contribute $100 or more.  They also must include the aggregate total of all donations of less than $100 without having to disclose the individual identities of such small-dollar donors.

But there’s a whole different set of rules for PACs.

PACs only have to specifically identify and disclose donors who give $1,000 or more.  And they aren’t required to report the aggregate total of any and all donations of less than $1,000.  Which is insane…but that’s the law.

ETAP didn’t file Report #2, which covered the period of May 19 through June 7…ostensibly because they didn’t receive any donations of $1,000 or more.  As such, they weren’t required to file a report even though they filed Report #1 under the same circumstance.

Report #3 was due and filed by ETAP on October 16, 2018 for the reporting period of June 8 through October 12.  And again, the PAC reported zero in contributions for that period.

By law, if a donor makes separate contributions of less than $1,000 each but when you add up those separate donations the total amount exceeds the $1,000 reporting “trigger,” then the identity of the donor and the amounts of each donation must be publicly disclosed.

Which means if someone made a series of contributions of less than $1,000 each from January 1, 2018 through October 16, 2018 which, when added together, exceeded the $1,000 trigger, the identity of that donor should have been disclosed in Report #3.

For the record, ETAP reported zero “Cumulative” donations on this report…which, as you’ll soon see, was false.  And as you’ll also learn, this failure to disclose was likely knowing and willful.

Report #4 was due on November 2, 2018 covering the period of October 13 through November 1.  ETAP filed the report late on November 5…the day before Election Day.

And again, ETAP reported zero donations for both the reporting period and cumulatively.

Report #5 was due and submitted on January 15, 2019 covering the period of November 2 through December 31.

Lastly, PACs are also required to file an Annual Report by January 15, 2019 detailing contributions and expenses for the entire election cycle from January 1, 2018 through December 31, 2018.  ETAP filed this one on January 15, as well.

But on this report there was suddenly $1,499 listed under “Total Monetary Contributions in Excess of $1,000” for both “This Period” and “Cumulatively.”

The reported $1,499 worth of contributions were made by one donor who wrote a check for $500 on April 13, 2018 and another one for $999 on August 30, 2018 – a dollar under the “trigger” limit, clearly indicating a willful effort to keep the donor’s identity hidden from voters.

But here’s the thing…

Those two donations, which combined exceeded the $1,000 reporting trigger, SHOULD have been disclosed on Reports #3, #4 and #5 in the “Cumulative from the Beginning of Report Period #1 through End of This Reporting Period” section.

Indeed, the identity of the donor who helped bankroll Question 1 to shut down Lyon County’s legal brothels was – I’d argue unlawfully – hidden from the public until more than two months AFTER the election was over.

The donor’s name, as finally disclosed by ETAP on its Annual Report, is Alvin McNeil of 8 Panavista Circle in Yerington, Nevada.

Now to be fair, I guess it’s possible that there are two Al McNeils living at 8 Panavista Circle in Yerington – and the one who made the secret donations was the other one.  But for some reason, I doubt it.

If what ETAP reported is accurate, what we have here is an elected official, who was entrusted with the power and authority to regulate Lyon County’s legal brothels, secretly bankrolling a ballot measure to put those legal brothels out of business.

If that’s not a serious conflict of interest, I don’t know what is.

And if there isn’t a law against this sort of thing, there should be.

And Mr. Guinasso should be investigated by the Secretary of State for possible campaign finance violations.