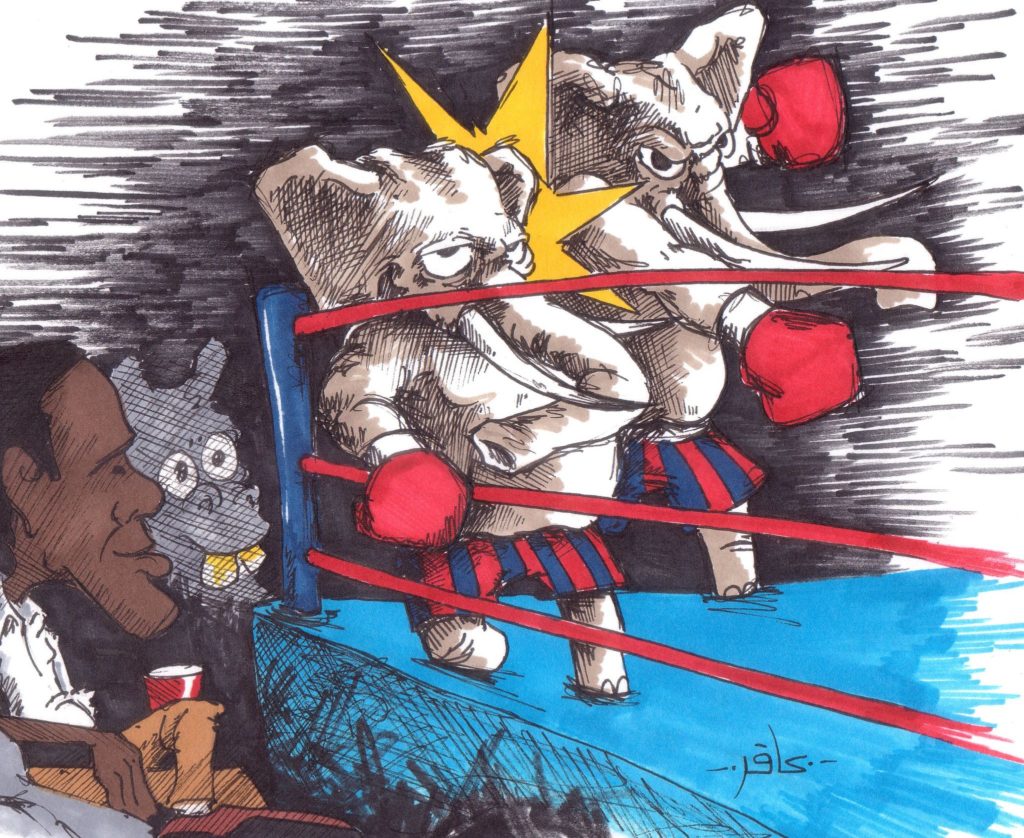 As I noted, Cheri seems particularly bitter over some kind of spat involving former Trump campaign manager Corey Lewandowsky and discussions on Cheri joining the campaign team.  What I didn’t know was that Cheri has filed a $4 million lawsuit over the incident.

Sounds like a he said/she said…but the fact is the Trump campaign asked her to possibly join it.  Her response was, “lets sit down and talk abot it” (her typos, not mine), and added, “Are you around tomorrow?”

Now something happened after that.  She says Lewandowsky said or did something she didn’t like so she didn’t take the job.  But according to documents in her own lawsuit, she was seriously interested in it.

In fact, in a story published by the Daily Mail about the lawsuit over a year ago, Cheri indicated in an email “what her salary might have been, though, – she wanted between $18,000 and $19,000 per month.”

In fact, twit-tweets by the spurned consultant over the weekend clearly indicate she’s gone off the deep end, bordering on an obsession similar to that of Glenn Close’s character in Fatal Attraction.

My point is that “Republicans” such as this are regularly trotted out by the fake news media to slam Trump without the public knowing about any personal historical problems between the two.  Another case in point raised its head on Saturday.

CNN – Fake News Central – featured three women during an afternoon segment discussing Trump’s “Crazy Mika” and “Psycho Joe” tweet about the anti-Trump MSNBC hosts.  One of the three, described as a “Republican Consultant” was Alice Stewart.

Stewart, as most such “useful idiots” are wont to do, immediately began criticizing the President. Which CNN absolutely LOVES.

But what CNN didn’t tell people – and, of course, neither did Stewart – is that Stewart, like Jacobus, has had a bitter past experience involving Mr. Trump.  You see, Stewart was communications director for Ted Cruz in the 2016 campaign.  And Stewart was famously involved in that campaign brouhaha when, according to a story in The Blaze, an anti-Trump PAC ran an ad “featuring a naked Melania Trump handcuffed to a bed.”

In response, Mr. Trump “posted an unflattering image of Heidi Cruz,” Cruz’s wife.  And things got quite ugly from there.

Ditto Amanda Carpenter, another regular talking-head on fake news programs who is also a former Cruz staffer who also got into a nasty spat with the Trump campaign last year.

So come on, folks.  Neither Stewart nor Carpenter nor Jacobus are merely “Republican consultants.”  They’re Republicans with personal grudges against the president,  and fake news CNN is perfectly content to allow them to grind their axes on air without full disclosure.

And it’s not just women.  Fake news outlets love to trot out the insufferable Dallas Mavericks’ owner Mark Cuban without reminding people that Cuban once tried to knock off Trump’s highly successful The Apprentice television show – only to see it flop.

A failure Trump was only too happy to celebrate publicly – which hurt Cuban’s feelings.

And then there’s Sen. Ben Sasse.  Oh, how the fake news media loves to feature the Nebraska Republican. Sasse, a “Never Trumper,” never misses an opportunity to dis the president.  But why?

Well, if you’ll recall, during the GOP primary fight the holier-than-thou Sasse attacked Trump over his marital past.  Trump, as Trump is wont to do, counter-punched in a tweet:

“.@BenSasse looks more like a gym rat than a U.S. Senator. How the hell did he ever get elected?”

The “gym rat” clearly got his feelings hurt and continues to take every and any chance to hit back at the president to this day.  Ditto Sen. Lindsey Graham, who got his nose bent out of shape when Trump gave out the mini-McCain’s cell phone number during a campaign speech.

So all I’m saying is…don’t fall for it.  Don’t accept what “Republicans” like this say at face value.  Look for and consider the underlying anti-Trump motivation.  More often than not, you’ll find examples like these wherever you look.