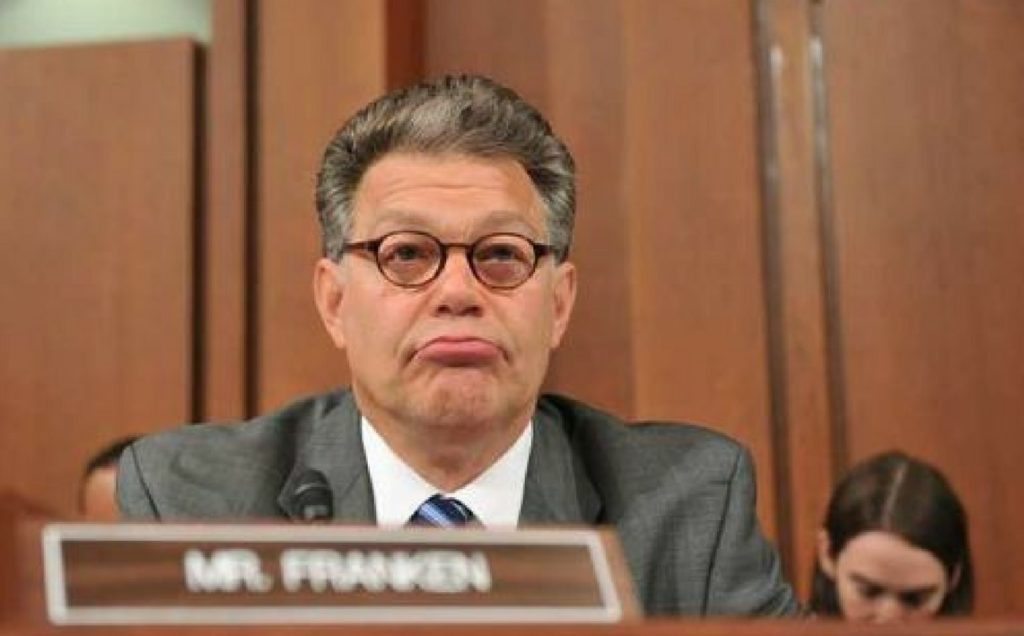 Comedian-turned-senator Al Franken recently wrote an op-ed published in The Guardian titled, “We Must Not Let Big Tech Threaten Our Security, Freedoms and Democracy.”  Sounds pretty frightening.  Not for the alleged problems Franken outlines, but the “Big Brother” government remedies he proposes.

Franken warns of the “outsized role that the major tech companies” – primarily Google, Facebook and Twitter – “play in so many aspects of our lives.”  He goes on to accuse these companies of failing “to take commonsense precautions to prevent the spread of propaganda, misinformation, and hate speech.”

Of course, by “commonsense precautions” Franken is talking about government-sanctioned, if not imposed, censorship.  And what Franken personally considers to be propaganda, misinformation and hate speech might very well not be considered such by others.

As the old saying goes, one man’s trash is another man’s treasure.

Indeed, in reading Franken’s manifesto I came to conclusion that it, itself, is government propaganda by a government official that is filled with misinformation.

And some might even consider his gratuitous slap at President Donald Trump over what Franken calls the president’s “truly unpredictable outbursts on Twitter” to be a form of hate speech which, like beauty, is often in the eyes of the beholder.

To look more closely at this issue, let’s start with the obvious…

Google, Facebook and Twitter are “platforms” where the opinions of others are posted – just as The Guardian is a platform where Franken’s opinion on publishing opinions he doesn’t like was published.

And if you’re going to hold Google, Facebook and Twitter responsible for the opinions expressed by independent individuals on their platforms, then you you’re gonna have to start holding every website and newsblog responsible for op-eds like Franken’s, as well.

If Google, Facebook and Twitter wish to regulate and self-censor speech on their platforms, that’s one thing.  But unless the First Amendment prohibition on government abridging the freedom of speech and the press is repealed, there’s no constitutional grounds for the government censorship remedies Franken is suggesting.

Even if someone writes something that’s not protected by the First Amendment – for example, something libelous – the individual who wrote the offending piece should be held responsible, not the platform.

Franken went on to claim it was “alarming” that these three tech companies “have unprecedented power to guide Americans’ access to information and potentially shape the future of journalism.”

You mean like the unprecedented power ABC, NBC and CBS had on television before the advent of cable TV?

And even after the addition of CNN, there was still a liberal bias in Americans’ access to news until FOX News came along.  Indeed, it was the advancement of cable technology that BROKE the philosophical monopoly of the television news airwaves that no one in the 1960s or 1970s could have seen coming.

Indeed, the same new Internet technology that has spawned Google, Facebook and Twitter is also enabling scores of alternative blogs, news sites and podcasts that give Americans’ unprecedented options for learning about what’s going on in the world today.

We should be encouraging the further development of such messengers, not strangle them in their crib with heavy-handed government regulation and censorship.

Franken goes on to maintain that the very size of tech giants such as Facebook stifles the ability of new platforms to develop. But that’s exactly the same argument some were making just ten short years ago about…MySpace.

In The Guardian (the same publication where Franken’s op-ed was published) back in 2007, Vic Keegan reported that…

“John Barrett of TechNewsWorld claims that MySpace is well on the way to becoming what economists call a ‘natural monopoly’. Users have invested so much social capital in putting up data about themselves it is not worth their changing sites, especially since every new user that MySpace attracts adds to its value as a network of interacting people.”

So much for that argument.

And then there’s the advertising.

Franken complains about tech companies using digital advertising as their “main source of revenue” for their platforms, bemoaning that 98% of Facebook’s second quarter revenue this year came from its advertising business.

Sure, if I want to pay for programming free of advertisements – such as movie channels and satellite radio – those options are available for a subscription fee.  But what business is it of the government’s to decide what revenue model a private business uses?

Nobody’s forcing anyone to use those sites.  It’s still a free country.  For now.  Unless government officials such as Sen. Franken get their way.

“(A)s the wealth of information available on the internet has grown, big tech has taken it upon itself to sort through all the viewpoints, news, and entertainment, and decide for us what we should read, watch, buy, or even how we should engage in civil society.

For decades the Big Three television networks took it upon themselves to sort through all the viewpoints, news, and entertainment and decide for us what we should watch.

For decades big city print newspapers took it upon themselves to sort through all the viewpoints, news, and entertainment and decide for us what we should read.

For decades big commercial radio stations took it upon themselves to decide what music and which musicians we should listen to.

But now, thanks to the very technology Franken seeks to regulate and censor, Americans have thousands upon thousands of options and alternatives which the people themselves sort through and determine for themselves what viewpoints, news and entertainment they choose to read, watch or buy.

Why would anyone ever want the government to take that away from us?

Oh, speaking of buying, Franken also has a problem with how we buy various products online these days.

While Amazon truly built a better mouse-trap for purchasing books which has eaten away at market share for brick-and-mortar book stores, the fact is Amazon also has made it possible to self-publish books by authors that in the past would never have been given the time of day by the big publishing houses.

Unless your name was Steven King, John Grisham or Robert Ludlum, good luck getting your book published before Amazon came along.  Indeed, using Amazon’s “Create Space” service, anyone under the sun can write and publish a book today even if the author is the only one who ever buys it!

Ditto musicians.  Until Amazon and other platforms came along, the odds of anyone ever being able to listen to or purchase a musician’s product without being signed by one of the big record companies was near zero.

In conclusion, Franken asks “what role should these companies play in our lives?”

Wrong question.  The real question is what role the GOVERNMENT should play in our lives.

Thank you very much, senator, but I can decide for myself what role Google, Facebook, Twitter and Amazon play in my life.

In short, Mr. Franken’s views on who should control what we get to read, watch, listen to and buy is akin to an old saying: “There’s nothing wrong with a benevolent dictatorship…as long as you’re the dictator.”

In a free society, I’m perfectly content to make those decisions by myself, for myself.

Mr. Franken is free to make suggestions and recommendations as to what I should read, watch, listen to or buy.  But when it comes to him using the coercive power of government to make those decisions for me, I defer to those three famous words by former First Lady Nancy Reagan…

Mr. Muth is president of Citizen Outreach and publisher of Nevada News & Views