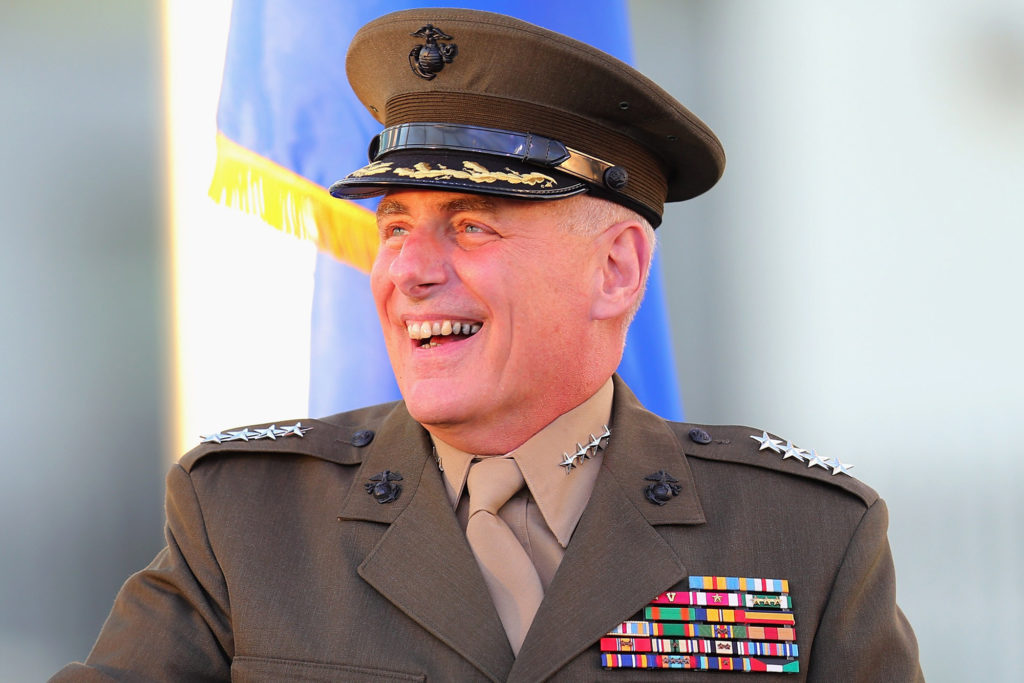 California Democrat Rep. Barbara Lee is about as loathsome as it gets.

After the White House announced that Gen. John Kelly had been tapped by President Donald Trump to be the new Chief-of-Staff, Lee twit-tweeted on Friday…

“By putting Gen John Kelly in charge, Pres Trump is militarizing the White House & putting our executive branch in the hands of an extremist.”

Extremist?  Let me tell you a little more about this “extremist” (Source: Wikipedia)…

When, during the Iraq War, a Los Angeles Times reporter asked “if, considering the size of the Iraqi Army and the vast supplies of tanks, artillery and chemical weapons available to Saddam’s forces, he would ever consider defeat,” Kelly responded…

“Hell these are Marines. Men like them held Guadalcanal and took Iwo Jima. Baghdad ain’t shit.”

Among the Distinguished Service Medals Gen. Kelly has earned during his military career…

“In 2010, Kelly’s 29-year-old son, First Lieutenant Robert Kelly, was killed in action when he stepped on a landmine while leading a platoon of Marines on a patrol in Sangin, Afghanistan. . . . Robert Kelly’s death made John Kelly the highest-ranking military officer to lose a child in Iraq or Afghanistan. Kelly’s other son is a Marine Corps major.”

If that’s an “extremist,” we need a helluva lot more extremists in this country!

And a lot fewer Barbara Lees.

P.S.  Upon reading about Anthony Scaramucci being ousted as Communications Director shortly after Gen. Kelly officially took over as White House Chief-of-Staff, it was even more abundantly clear that Donald Trump, the Entrepreneur President, is no wishy-washy, indecisive Barack Obama.

The decision was one part Entrepreneur’s Creed – “Slow to hire; quick to fire” – and one part Lee Atwater’s Creed – “When a decision has to be made, make the damn decision and implement it immediately.”