Heller Was for Repeal-and-Replace Before He was Against It 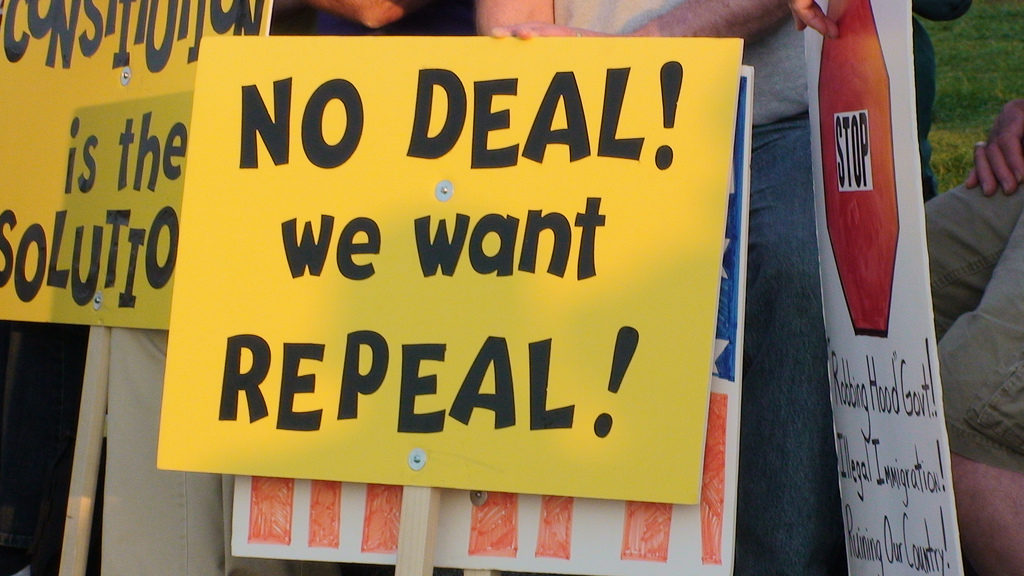 Back in 2012 when Nevada Republican Sen. Dean Heller was running for the U.S. Senate against Democrat Shelley Berkley, he declared on his website…

“The massive healthcare law (ObamaCare) will add more than a trillion dollars to federal health spending. Any program that uses ten years of revenue to offset six years of service is obviously unsustainable. Congress has an opportunity to repeal these policies and replace them with market-based reforms that will provide greater access, affordability, and economic certainty in our nation. Repeal of this law will reduce federal spending and allow Congress to address problems in the current healthcare system without onerous government intrusion.”

Now he’s running for re-election and has the opportunity to live up to his campaign commitment to repeal ObamaCare, rather than adding trillions of “unsustainable” dollars to health spending, and replace it with market-based reforms without onerous government intrusion.

But instead Heller’s siding with Gov. Brian Sandoval, who foolishly expanded the government’s Medicaid program in the state and is now faced with the reality that his ObamaCare exchanges are folding up their tent and abandoning 14 of Nevada’s 17 counties.

And just to give you a further idea as to who’s on which side, the husband of HillaryCare said last week, “I’m proud of the Republican governor of Nevada, Brian Sandoval, for being one of the very first governors to take to Medicaid expansion.”

When you’re a Republican being applauded for your position by Bill Clinton, that’s pretty much a strong sign that you’re on the wrong side.

“I want to make sure that we prop up Medicaid to the degree that the federal government has given in the past and that has become an expectation for the state of Nevada,” Heller at the press conference with Sandoval.

Um, “prop up Medicaid to the degree that the federal government has given in the past”?

The problem with this new position is the fact that, as a member of the House, Heller voted AGAINST the ObamaCare bill that expanded the federal government’s intrusion into health care, including the expansion of Medicaid.  Sigh.

Look, if Sen. Heller had run and won on a platform of supporting ObamaCare and in opposition to repealing-and-replacing this disastrous program…fine.  But he didn’t.  Is it really too much to ask that you keep your campaign promises after being elected?

The way President Trump is.