Hello, Conservatives…It’s Time to Get Confrontational! 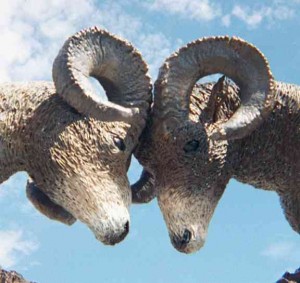 I just finished reading an absolutely excellent book titled “Confrontational Politics” by former California State Sen. H.L. Richardson which is SO relevant to the (sad) state of the conservative movement here in Nevada. Here’s an example:

“Remember, an average Democrat with conservative ideas doesn’t get elected to high office. He wouldn’t get the time of day from the left-wingers who control the party apparatus.”

As you probably already know, the conservative Democrat had announced his intent to run for Nevada’s new 4th Congressional District seat several weeks back, but recently pulled the plug on the campaign. There simply was no way on God’s green earth that Sen. Lee was going to win the Democrat primary against liberal Democrat State Sen. Steven Horsford-Obama-Reid.

“I am an admirer of former California Gov. Ronald Reagan. But his so-called Eleventh Commandment – ‘Nevada speak ill of another Republican’ – protects only philosophically drifting incumbents.”

Wow, is this ever true here in Nevada!

That’s the main reasons I left the GOP back in 2007 and re-registered as a non-partisan voter; I’d rather be a good conservative than a “bad” Republican.

Sen. Richardson also explains why some Republicans “go rogue” and vote like Democrats after running as conservatives – as did so many Nevada Republican legislators who proclaimed their limited-government/anti-tax beliefs on the campaign trail, only to then turn around this year and vote for that $600 million tax hike extension (and a host of other bad, government-expanding bills):

“What generally occurs is called peer-group shift. This is where the constituency shifts from the folks back home to the new friends the legislator makes in the capitol. The time frame will be directly proportional to the shallowness of his ideological commitment, multiplied by the inability of the hometown folks who elected him to keep him in line.”

And that’s exactly what happens over and over and over again in Carson City. Republican candidates who talk the conservative talk on the campaign trail go to the capitol and get talked out of voting the way they said they would vote by colleagues, the media and special interests who have no philosophically conservative bearings whatsoever.

All of which should remind conservatives that it’s not enough to just elect more Republicans; you need to elect better ones, as well. Time to get confrontational…in primaries!

To order a copy of Sen. Richardson’s “Confrontational Politics” from Amazon.com, click here