How Conservatives Can “Trump” the Nevada Supreme Court 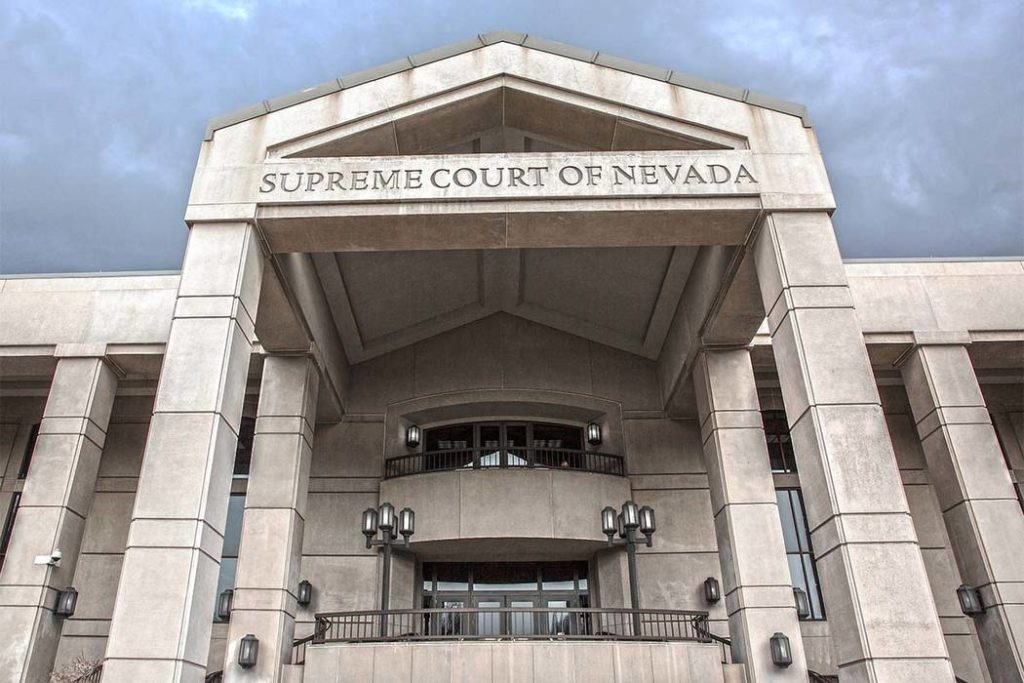 (Chuck Muth) – There are seven justices on the Nevada Supreme Court – which, like the U.S. Supreme Court before Donald Trump’s election, has tilted left.

Indeed, according to Ballotpedia a Stanford University study in 2012 found that Nevada’s Supreme Court “was the 19th most liberal court” in the country.  In addition, the U.S. Chamber of Commerce has characterized the Nevada judiciary as one of the most liberal, anti-business courts in the nation.

On November 6, Nevada voters can dramatically change that.

In Seat F, Justice Douglas is leaving the bench.  Abbi Silver, generally considered a judicial moderate who leans somewhat to the right, is running unopposed.  So that’s a step in the “right” direction.

In Seat G, Justice Stiglich – appointed by RINO (Republican in Name Only) Gov. Brian Sandoval – is decidedly a left-leaning liberal activist judge from San Francisco who will be on the ballot facing voters for the first time in November.

She’s being challenged by Mathew Harter, a sitting District Court judge who self-describes as a conservative, strict constructionist – which is exactly what we want on the bench.

Judge Harter points out on his website “2 of the more egregious, reported Nevada cases which seem to show that judicial activism is clearly my opponent’s personal philosophy.”

He also points out Judge Stiglich’s shortcomings in the areas of “cronyism,” being funded to the max by personal injury attorneys, lack of experience, and poor time-management in her court.  You can read details at www.JudgeHarter.com.

In Seat C, the difference between the two candidates is even more stark.

Liberal Judge Elissa Cadish is running to replace liberal Judge Michael Cherry.  You may recall that Ms. Cadish was nominated in 2012 for a seat on the federal bench by President Barack Obama, only to have her nomination “blue slipped” by Sen. Dean Heller because of her decidedly hostile views of the Second Amendment.

As the Las Vegas Review-Journal reported in March 2013, Cadish wrote on a candidate survey that “reasonable restrictions may be imposed on gun ownership in the interest of public safety.”

Cadish is being challenged by Nevada Court of Appeals Judge Jerry Tao – who also self-describes as a conservative, strict-constructionist jurist in the mold of Antonin Scalia – which is exactly what we want on the bench.

Judge Tao is clearly the most experienced judicial candidate running in 2018.  He’s a former criminal prosecutor who has served as a District Court judge and currently serves as an appellate judge – the level just below the Supreme Court.

He’s also been endorsed by the National Rifle Association.

“On behalf of the NRA Members in Nevada, I am pleased to announce your NRA-PVF endorsement for the Nevada Supreme Court in the 2018 General Election,” wrote the NRA’s Dan Reid. “This endorsement is a reflection of your stance on Second Amendment related issues.”

But just in case there’s still any doubt in conservative minds as to where Tao and Cadish are philosophically, in a recent forum both were asked to name the most inspirational judge who they’d like to write a biography on.

Judge Tao said Supreme Court Justice Robert H. Jackson who, as Wikipedia notes, served “as the Chief United States Prosecutor at the Nuremberg Trials of Nazi war criminals” and was “one of the most committed to enforcing due process as protection from overreaching federal agencies.”

For Nevadans wanting to avoid the nightmare of becoming “East California” in the future, getting these races “right” couldn’t be more important.