How I Love Michele Fiore, Let Me Count the Ways 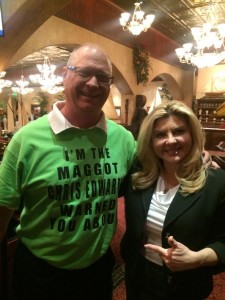 It’s a “fioreous” day for the conservative Nevada assemblywoman in today’s compilation of Nevada News & Views – an op-ed on the San Bernardino terrorist attack, a full photo spread of her highly controversial 2nd Amendment calendar, and the video from her Fox & Friends interview this morning responding to the criticism.

Here’s what I love about Michele…

She’s also one helluva a marketer.

That calendar of hers is decidedly out-of-the-box and worth its weight in gold when it comes to garnering grassroots support and campaign contributions.  People don’t give their time and money so much over philosophical agreement as emotional attachment.  And Michele has definitely struck a chord with Nevada’s conservative foot soldiers.

But do you know what her finest quality is?  Her ability to drive liberal blogger Sputtering Jon Ralston into a babbling froth with the snap or her fingers or the drop of a hat.  How can you not love that?!!