(Chuck Muth) – It’s been just over a year since our friend Dennis Hof won his race for Nevada State Assembly even though he passed away three weeks before Election Day.

But his legacy lives on.  A pair of updates for you…

1.)  Two young women who formerly worked for Dennis dipped their toes in the political arena over the past couple of months.

The Nye County Commission updated their brothel code at this week’s commission meeting.  And an issue of extreme importance to the ladies who work in the industry was a provision in the county code known as a “lockdown rule.”

This archaic law confined women to the brothel premises ‘round-the-clock, kinda like prisoners, and we wanted the commission to repeal it.

Christina Parreira and Kourtney Chase got actively involved in the effort to have the “24-hour lockdown” rule removed from the county ordinance.  And they succeeded!

Dennis would be so proud of Christina and Kourtney.  You can read more about it by clicking here.

2.)  After Dennis passed away, a politically-connected moderate Republican was appointed to Dennis’ District 36 seat for the 2019 Legislature.

He went on to vote for two tax hikes, a rash of new government programs and a billion-dollar budget increase.  Oy.

Now, if you’ll recall, there were actually THREE candidates in the GOP primary for AD-36 last year.

There was Dennis (“The Trump of Pahrump”), the incumbent, James “The Big Selloutski” Oscarson, and Dr. Joe Bradley (who got a solid 21% of the vote).

Dennis and Dr. Bradley actually became good friends during the campaign.  They were both solid fiscal conservatives, successful entrepreneurs, and outsiders who were opposed by the Carson City “swamp.”

If you wanted to fill Dennis’ seat with someone who shared Dennis’ principles and values, Dr. Bradley SHOULD have been appointed rather than the guy who was “juiced” into the seat.

Well, Dr. Bradley is running again vs. the swamp’s favorite son in next June’s GOP primary – and as Dennis’ former campaign manager, I’m supporting him.  And I’m certain Dennis would, too.

Now, if you’re receiving this email, you probably fall into one of two categories…

1.)  You were a personal friend or admirer who wanted to follow Dennis’ campaign to upset the political establishment’s apple cart, or…

2.)  You live in Assembly District 36 and were interested in the race.

So, here’s the thing…

When you do – if you’re not a voter in AD-36 and no longer have an interest in the upcoming race, just click on the “Unsubscribe” link in the email and you won’t receive any further campaign updates.

Now, if you’re a Dennis supporter and want to see his legacy live on, here’s how you can help Dr. Bradley…

I printed up some limited-edition “2020 Trump of Pahrump Commemorative Calendars” – featuring a different campaign photo for each month – and donated 20 of them to Dr. Bradley. 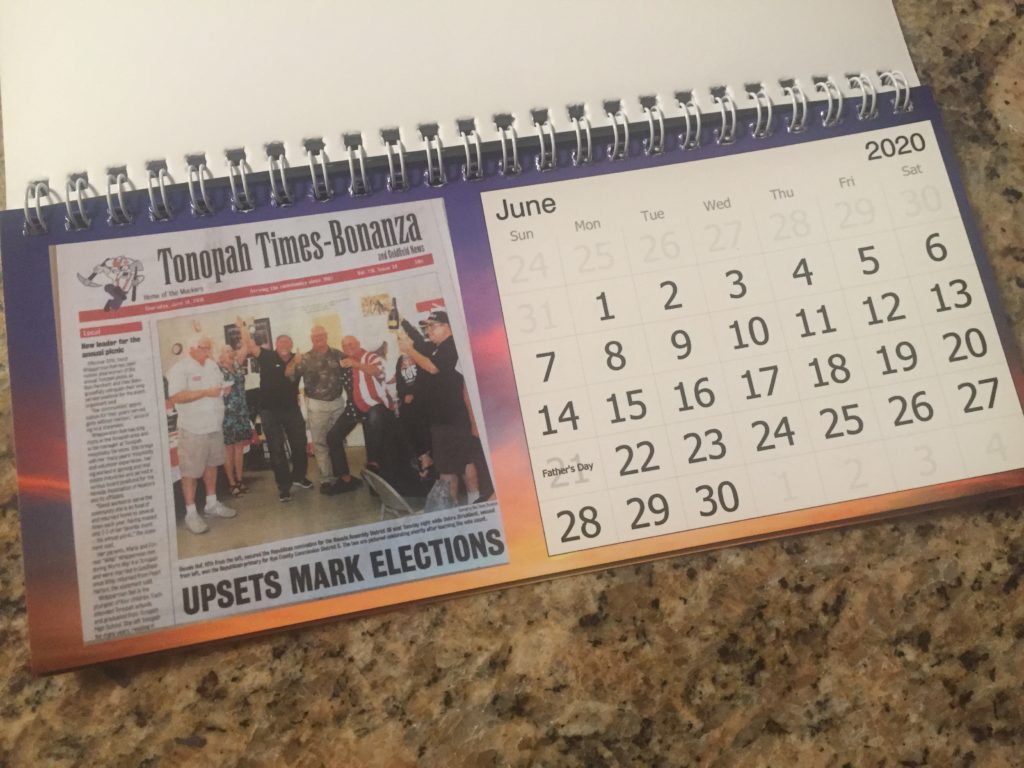 And Doc Bradley needs to show he raised enough money this year to be considered a viable and credible opponent to The Juiced One.  So…

The first 20 people who donate $20 or more to Joe’s campaign before the end of the year will automatically be sent one of these “Trump of Pahrump” commemorative desktop calendars – a rare and valuable memento to keep Dennis’ memory alive.

I want to thank everyone who supported my friend Dennis in his campaign last year and helped rock the Nevada political establishment like it’d never been rocked before.  Let’s go out there and win one more for the Hofmeister.