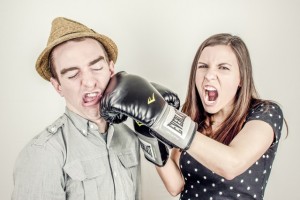 As the Nevada Republican Party prepared for its fall meeting in which new officers were to be elected, a simmering feud among several members of the Washoe County GOP flared up big time.

On November 9, longtime conservative Republican Party activist Larry Green distributed via email a long list of “infractions” he maintains have been committed by Barbara Hawn, who was re-elected as Secretary of the Nevada Republican Party on Saturday.

Referencing a conversation with the Nevada GOP vice chairman, here’s what Green wrote…

In reference to my recent discussions with Jim De Graffenreid regarding the fitness of the current NRCC Secretary to continue in office; I have observed the following infractions:

3 .   Failure to provide draft minutes to the WCRCC and the WCRP EC within the directions of the bylaws, WCRP EC and WCRCC.

4.   Failure to provide copies of the Approved minutes of WCRCC and EC meetings.

5.   Withholding names and contact information from WCRCC members violating the NRS, WCRCC bylaws and past practice.

8.   Failure to maintain and provide a record of the business conducted at the Washoe County 2014 Convention.

10.   Refuses to substantiate the disposition of various WCRP properties.

11.   States that she is the sole guardian of the WCRP records while also claiming that the electronic records have been lost.

12.   Denies access to WCRP minutes and records to WCRCC members in violation of the bylaws.

13.   The Secretary either refuses to abide by the WCRCC bylaws or has shown a severe lack of knowledge of the bylaws.

15.   Fails to include in the minutes EC membership requested information.

16.   Refuses to agenize items for WCRCC meetings that EC committee members have directed by vote to be placed on the agenda.

18.   Utilizing the Secretary’s office as a personal platform rather than that of an elected officer to represent the total of the WCRCC. In general has not performed satisfactorily the duties of the Secretary.

In response, Hawn sent me the following on Saturday morning…

Mr. Green has assembled a laundry list filled with unsubstantiated accusations, falsehoods, and outright lies. Some of these accusations, which have been PROVEN to be false, date back to January 2014 when then WCRP Chairman Tom Taber resigned, without explanation, in the last 30 seconds of the central committee meeting, a mere 6 months after taking office!

Mr. Taber’s resignation came just weeks ahead of crucial activities such as our Lincoln Day Dinner, Precinct Meetings and County Convention. The remaining officers had all of this dropped in their laps, with no notice or plans left by Mr. Taber.

Mr. Green makes multiple references to violations of the bylaws. However, even a cursory reading of the bylaws will prove his references have absolutely no corroboration in WCRP bylaws. If anyone has a severe lack of knowledge of the bylaws, it is, probably, the author of these allegations.

Mr. Green’s allegations are so unsubstantiated, so ungrounded, and easily proven false that one might conclude he has a personal agenda.

And the beat goes on.