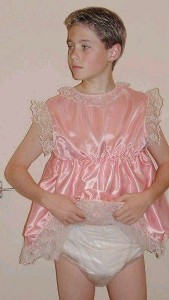 Would Nevada Ass. Mark Sherwood (R-Clown College) use a fake girl’s name to post comments on a blog?

OK, so there’s this Nevada state employee named Jim Pierce. I know this because he has a blog titled “Nevada State Employee Focus” and his name and photo are right on the home page. And apparently last August, before he was elected, Surewould posted some “nasty, shrill, irrational and mean-spirited” comments on Pierce’s blog anonymously, using the fake name “Mary Kate.”

I don’t doubt this for a minute. I have no idea how Pierce discovered that Surewould was “Mary Kate,” but based on my own personal experience, it probably wasn’t too hard. Surewould is a moron who leaves more crumbs leading to his identity than Hansel and Gretel.

Now, let me say this about Jim Pierce. From what I read on his blog he and I will probably find very little in common politically or philosophically. Indeed, Mr. Pierce has written some rather unflattering things about me, including his opinion that I’ am “a self-proclaimed conservative activist” who can always be counted on “to grandstand to advance his positions.”

Actually, that’s not so unflattering at all.

In any event, at least the guy has the stones to publish his opinions under his real name….and he and I apparently share similar sentiments with regard to “Mary Kate Surewould.”

In an August 31, 2010 blog post in which he reveals that he’s discovered “Mary Kate’s” real identity – and it’s Mark Sherwood – Pierce refers to Sherwood as “a nasty coward” who is “politically stunted and willfully ignorant.” He went on to suggest to Sherwood that “there is something terribly wrong with your mental health.”

“And what about transparency Mark?” Pierce continued. “Don’t you believe in that? Apparently you don’t because you hid behind ‘Mary Kate,’ and isn’t using a fake name the same as a lie? Just asking. As for me, I publicly lay out what I think and accept public comments, for or against. But you have to hide and snipe. Real men don’t hide when they snipe Mark! They really don’t!”

Pierce concludes by advising Surewould to “talk to someone to help you understand honesty and what it means to be a man because you don’t have a lock on either.”

Amen, Brother Pierce! I think you and I have found some common ground.