Everyone in the freedom movement – Reason, Cato, Heritage, FEE, Students for Liberty, The Atlas Society, and more – will be at FreedomFest for its big 10th anniversary celebration July 19-22 at the Paris Resort in Las Vegas to discuss and debate the dramatic changes taking place in Washington.

The celebrity keynote speaker is Hollywood’s #1 entrepreneur, William Shatner, famous for his Star Trek TV series and Priceline spokesman. His topic is “Exploring New Frontiers on the FREE Enterprise.”

This is expected to be the biggest and best FreedomFest ever.  Sign up now and take advantage of the “early bird” discount — save $100 per person/$200 per couple over the registration fee. The early bird rate ends on February 1st! 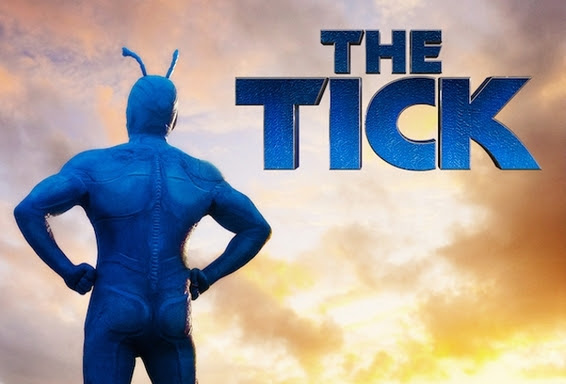 So Jon Ralston – Nevada’s #2 liberal blogger, whose painful-to-watch TV shows have been canceled more times than a rubber check – has a new gig: Editor of The Nevada Independent.

With much pomp and self-promotion circumstance, the new blog was launched – actually, resurrected – on January 17th.  Its stated mission: “We will change the face of journalism in Nevada and establish new paradigms for nonprofit, community-supported news organizations. ”

Any mission statement using the word “paradigms” is already off on the wrong foot.  But then it gets worse…

First, Ralston is no “journalist.”  Hasn’t been for a LONG time – if he ever really was.  He’s a political propagandist and Trump-hating liberal opinion columnist.

Secondly, if we’re gonna be truthful let’s start with the fact that Ralston didn’t “found” the project.  It was actually founded by me in 2009.  As the disclaimer at the bottom of the new Indy blog states:

“The Nevada Independent is a project of: Nevada News Bureau.”

All Ralston has done is slap a new coat of paint on the NNB and given it a new name.

When I pointed this out on Twitter on Tuesday, one of Jon’s followers asked if it was true.  Ralston’s response…

“Yes, thanks to @elizthompsn for switching her @NVNewsBureau nonprofit status to @TheNVIndy. Without that, we would not be up and running.”

And in response, Thompson tweeted:

“Couple @NVNewsBureau followers asking whether @TheNVIndy is the same company. Yes, the NV nonprofit I established in 2010 is the parent co.”

Which is technically true, but still a lie by omission.  Hardly, “transparent.”

The truth is, the Nevada News Bureau was created and established as a project of Citizen Outreach back in 2009.  But don’t take my word for it.  You can read all about it in this October 4, 2009 story by reporter Michael Mishak of the Las Vegas Sun.

The truth is I hired Elizabeth Thompson – who was going by the name of Elizabeth Crum at the time – to be the bureau’s editor.

Elizabeth – who is better known as “E!!”, the online nickname I gave her back in 2009 – became dissatisfied with the conservative editorial direction of the publication and asked us to “spin” it off to her.  I agreed and helped her set up her own separate 501(c)(3) non-profit organization.

So when E!! says she founded the Nevada News Bureau in 2010, that’s technically correct from an IRS standpoint but factually misleading.

E!! ran NNB until it ran aground in 2014 and closed operations.  It laid dormant until a couple months ago when Ralston, finding himself out of a job once again, persuaded Crum to let him hop in blogger-bed with her and try to resurrect the project.

So the truth is the Nevada News Bureau – operating now under The Nevada Independent name – was originally founded by Citizen Outreach – not E!!/Elizabeth Crum/Elizabeth Thompson.  And certainly not Jon Ralston.

What’s ironic about this is that Ralston, over the years, has had a habit of throwing a hissy fit whenever a reporter, columnist or publication wrote about something he thinks he “broke.”  And he whines like a newborn infant if he’s not given “credit” where he thinks credit is due.

Yet now, he’s doing the exact same thing with regard to the “founding” ofThe Nevada Independent. What a hypocrite.

The truth is Ralston’s no entrepreneur.  He’s a tick (with due apologies to the good Sen. Tick Segerblom).

Like the blood-sucking ticks you find on a dog, Ralston has always sucked off media entities for sustenance.  He started by sucking off the Las Vegas Review Journal as a columnist years ago.  Then he burned that bridge, jumped ship and began sucking off the Las Vegas Sun.  In 2016, after bouncing from the Sun, he sucked off the Reno Gazette-Journal.

As for television, Ralston first sucked off Channel 8 in Las Vegas.  Then he bounced over to Jim Rogers and sucked off Channel 3.  After being booted from there, he sucked off taxpayer-subsidized PBS before getting canned last year.  When last seen on the boob tube back in October he was sucking off Channel 13.

Now he’s sucking off E!! and the Nevada News Bureau.  Lord only knows who he’ll be sucking off a year from now.  Once a parasite, always a parasite.

And that’s the truth.

In any event, I wish my original creation much success.  I hope Nevada Independent reporters Michelle Rindells, Megan Messerly and Riley Snyder – solid professionals each – can do a great job covering the 2017 legislative session without undue liberal editorial bias by the most biased political, partisan tick/hack editor in state.

“From growing up on a farm to being governor of a big agriculture state, he has spent his whole life understanding and solving the challenges our farmers face, and he is going to deliver big results for all Americans who earn their living off the land.” – President Donald Trump on his choice of former Gov. Sonny Perdue as Agriculture Secretary