#NeverHeller Movement Adds Another to Long List of Grievances 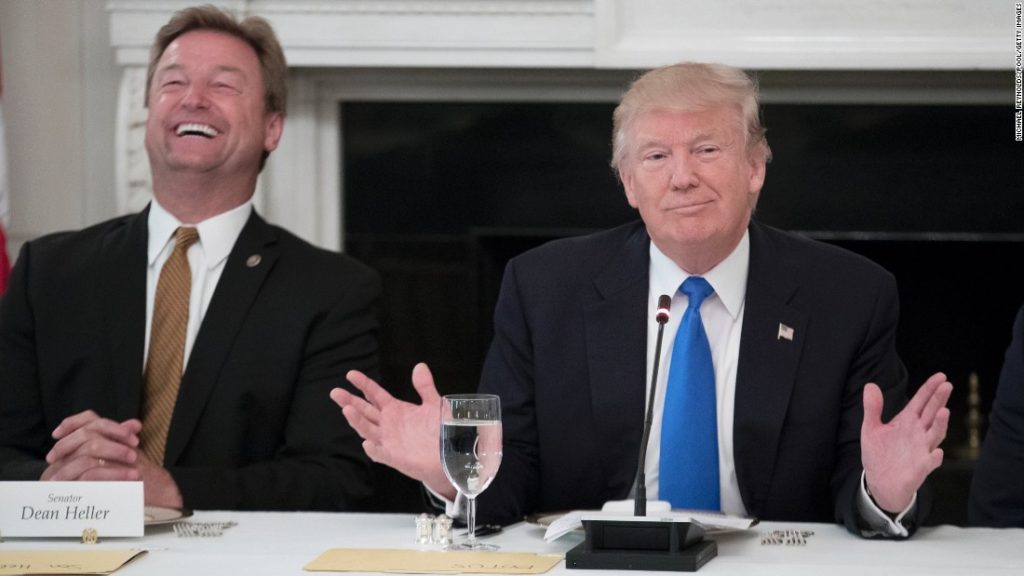 Why is this man laughing?

Yesterday, on Labor Day, Nevada Republican Sen. Dean Heller came out in favor of Barack Obama’s unconstitutional “executive amnesty” program, known as DACA, telling the Reno Gazette-Journal in a statement, “I’ve made clear that I support the program.”

I am now convinced that Heller – who has been a professional politician in Nevada since 1990 – is intentionally TRYING to lose his re-election bid.

The list of grievances against Heller by Nevada conservatives and Republican primary voters is long – and getting longer by the day.  A sampling…

Sen. Heller only won his election to this seat six years ago by less than 11,000 votes against a deeply flawed Democrat opponent – in a race in which almost 100,000 voters voted for “None of the Above” or the conservative third-party candidate in race.

Heller has since successfully turned far more than that number into #NeverHellers.  As such, I’d argue he can no longer can win the general election in 2018.