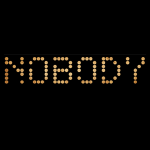 Government employee/public defender/lobbyist Orrin Johnson of Reno slammed “Republicans in Clark County” as rubes and yahoos in his blog on Friday for protesting election regulation changes being proposed by Secretary of State Ross Miller “because nowhere is there any hint of the actual substance of what is being protested.”

One of those “Republicans in Clark County” who actually showed up at the hearing this week to show her opposition and express her concerns responded thusly (name withheld):

“Orrin is a nobody and I could not care less what he says. It is very clear from his article he has not even bothered to read the proposed changes or what actually happened in the hearings, which he could have viewed on his computer live or archived before running his mouth.

“If you have not looked at the changes you might want to. I think you will be surprised on just how much this waters down our election law. It removes the oath from the registration form and essentially removes any penalty for voting illegally. So if you do and you get caught it is no longer illegal! Plus if you are inactive you no longer have to show ID to state who you are to vote.

“And then there are new strict provisions the military must follow to vote. Imagine that…the Military who put their lives on the line to protect a free nation has to jump through hoops to vote but everyone else no rules!”