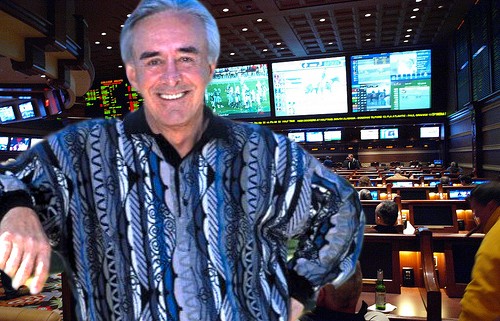 For modern-day liberals, tax the rich/feed the poor isn’t just a song lyric from the 1970’s.  It’s a philosophical commandment.  It’s tattooed on their psyche.  They despise success.  They hate wealth.  And they’re dedicated to punishing anyone who obtains either.  Especially if they’re white.

And that was the heart and soul of the mission of a corrupt Justice Department under Barack Obama.

And the Clinton Crime Family!

All of that took a back seat – or were left in the driveway – by an Obama administration dedicated instead to pursuing often victimless “white collar crimes” using any means necessary, including illegal ones.

Just as Ahab obsessively pursued the Great White Whale, Obama’s Justice Department hunted down the Great White Male.  Political careers were made of it.  The lives of successful, wealthy businessmen were destroyed.  What a legacy.

* Michael Skakel, a member of the Kennedy Royal Family, was convicted of bludgeoning to death Martha Moxley with a golf club.  He’s been released on bail pending appeal.

* Owen Labrie was released on bail pending appeal of his conviction in a rape trial involving a 15-year-old victim.

* Caleb Collins was convicted of child abuse resulting in serious bodily injury to a 7-month-old baby and released on bail pending sentencing.

* Baylor football player Sam Ukwuachu was released on bail while awaiting appeal of his conviction for sexual assault.

* And bail-pending-appeal was granted to Tyler Robb; convicted of raping his step-daughter.

And yet a 71-year-old Nevada businessman and philanthropist named Billy Walters – recently convicted of profiting from an “insider” stock tip in a case featuring massive and admitted government misconduct by agents of Obama’s Justice Department, including illegal press leaks of grand jury testimony – has been DENIED bail pending his appeal.

Adding insult to injury, Walters was not convicted by a jury of his Las Vegas peers, but by a New York jury ill-informed on stock market trading and culled from a populace that spawned the lawless Occupy Wall Street movement which has relentlessly attacked the “wealthiest 1%” of successful Americans.

This is injustice writ large.  Mr. Walters has lived in Las Vegas since 1982 and has deep roots – both family and business – in Nevada.  He’s been married for over 40 years and has a 51-year-old son who is mentally disabled due to brain cancer.

It’s estimated that, over the years, Walters has donated some $8-10 MILLION to Opportunity Village, a local non-profit that serves adults with intellectual disabilities, and has personally raised millions more.  Not counting all the money he’s donated to a host of other charities.

This man poses ZERO threat to the community and ZERO flight risk, especially since his appeal has an excellent chance of success.  Yet he’s being sent to prison next month before his appeal has even been filed.

What in Hades is going on here?  Absolutely, positively outrageous.