Poop-Flinging at the Nevada GOP Zoo 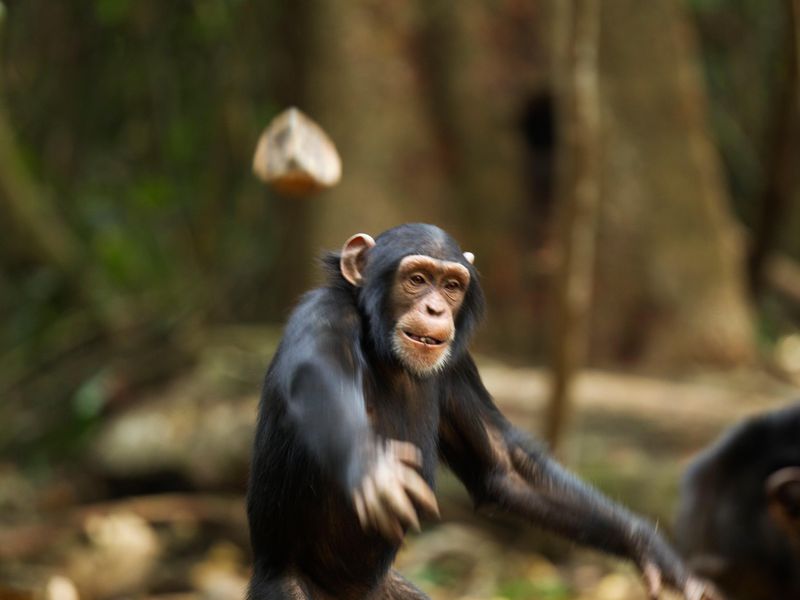 Well, we made it safely to the Tahoe Valley RV Resort in South Lake Tahoe yesterday afternoon and set up base camp for the next two weeks.

For some reason we’re getting a lot of people walking by our campsite and giving us a thumb’s up.

I wonder what that’s all about? 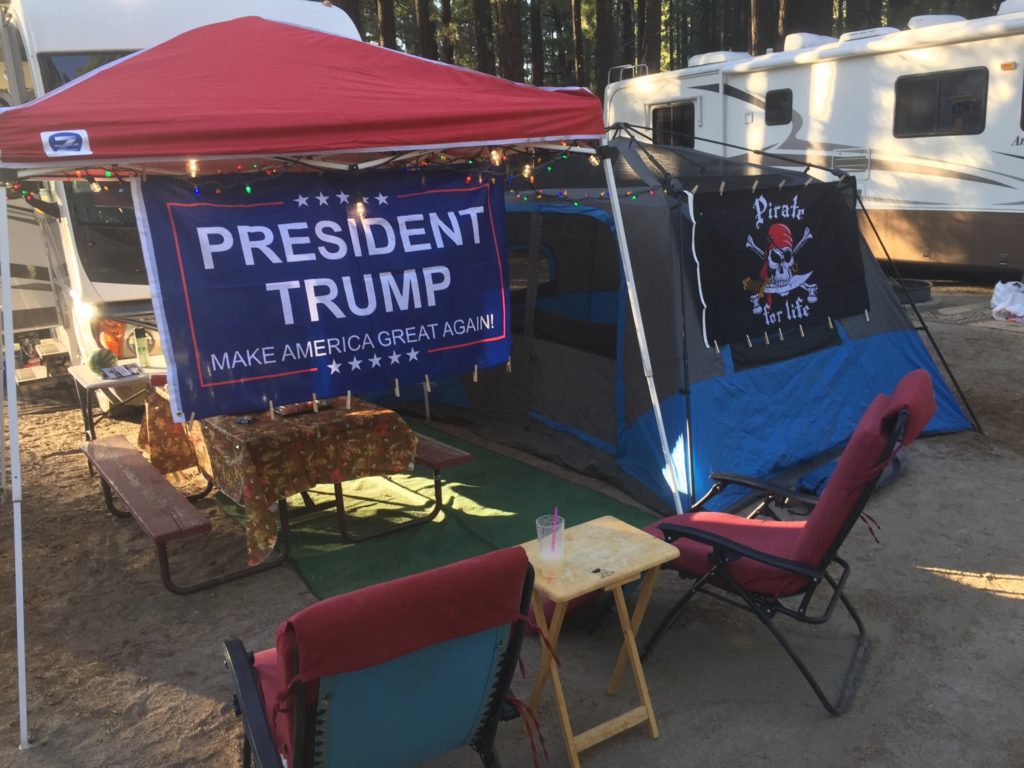 Meanwhile, let’s check in this morning with what’s going on at the Nevada Republican Party…

Seriously, that’s pretty much what was going on all day yesterday after my Muth’s Truths column came out about the hidden Nevada Republican Central Committee (NRCC) membership list finally being released late Thursday night.

As you’ll recall, I noted yesterday morning, before lighting out of Tonopah, that Clark County Republican Party Chairman Dave Sajdak told me he’d “asked for an updated list from the (NRCC) 7 times in the past 6 months.”

And while driving through Nevada on the dark side of the moon on the way to Tahoe, Nevada Republican Party Chairman Michael McDonald sent a text: “Please listen to your voicemail.  You were lied to by David Sajdak.”

So last night I listened to my voicemail – AFTER getting the margarita machine hooked up!

“Sajdak says he’s been asking for this (the NRCC membership list) and never got it.  Well, he’s tracked by Constant Contact.  And since he’s had it (the list) he’s opened it 96 times.  I know you find it hard to believe that Dave Sajdak lies, but this guy lies about everything.  Always has.”

But then I got this email from Chairman Sajdak…

“I can assure you I have the emails to back up the fact that the last list I received was February.”

This is like watching one of those chimpanzee poop-flinging fights at the zoo.

I don’t know who’s telling the truth and who isn’t…but I suspect both sides are telling partial truths and partial fibs.

Maybe Chairman Sajdak WAS sent an NRCC list.  But it was last FEBRUARY.  And sorry, but a February list isn’t the same as a current list.

Although a current list was produced and sent out Thursday night, I’m getting reports that even THAT list isn’t accurate and doesn’t include the names of ALL the current members.

And by the way, don’t think this kids-in-the-sandbox stuff is just between the Clark and Nevada GOP chieftains.  Washoe County Republican Party Chairman Mike Kadenacy is neck deep in the anti-McDonald intra-party muckfest as well.

Oh, and he has his own problems with his own membership list.

“We had 9 more people vote in the election than the final credentials report. When some challenged it, they gaveled the meeting closed. (Name withheld) challenged the minutes at the next meeting and Kadenacy wouldn’t allow her to speak. It’s not pretty up here.”

If the various GOP organizations in Nevada can’t even get their own house in order when it comes to internal elections, how is anyone supposed to take them seriously when it comes to election integrity at the ballot box?

But that wasn’t the first time Kadenacy’s reign has been mired in controversy.  Remember this story from last fall?

“Memos obtained by the Reno Gazette Journal show the Washoe County Republican Party and the Republican National Committee locked horns for months over ‘troublesome’ and ‘fraudulent’ door-to-door canvassing efforts in the county.

“It all started with an April memo from national GOP operatives that accused several county canvassers of failing to contact an adequate number of voters and falsifying the number of doors they had visited. County Republicans, they said, blatantly overlooked these ‘concerning’ developments.”

These current playground tiffs between the Clark, Washoe and Nevada GOP chairs isn’t anything new.

When “Dave for Himself” McKeon – now running against McDonald for state party chairman – was Clark GOP chair in 2013-14, he was banging heads and clashing with McDonald, too.

As I recall, he threw a hissy fit and started boycotting Nevada GOP executive committee meetings and conference calls.

Ditto a former Washoe GOP chair at the time, whose name I thankfully have forgotten. (I think it might have been Dave something-or-other.)

So if you think electing McKeon as Nevada GOP chair is the solution to fixing the drama-queen dysfunction within the GOP in Nevada, you’re sorely mistaken.  It’ll just be the same ol’/same ol’.  The teams’ll just switch jerseys.

I wonder if it’s too late to throw my hat into this three-ring circus?