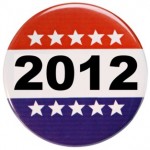 The Republican presidential nomination race just got even a little more complicated.

But a change in the nomination process this cycle means no more winner-take-all in the early states…meaning states holding primaries or caucuses before April. Instead, delegates are being awarded proportionally depending on the percentage of the vote a candidate receives in the primary or caucus.

So with both Romney and Santorum both getting 25% of the Iowa vote on Tuesday evening, you’d expect that each would get 6 votes. And with Ron Paul getting a little over 20% of the vote, he’d get 5 delegates. Newt Gingrich would get 4 delegates, Rick Perry would get 3 delegates and Michele Bachmann would get 1 delegate.

But that’s not how the game is being played in Iowa.

According to Aaron Blake of The Fix, now that the vote totals have been verified, “Romney won 13 delegates and Santorum won 12. Paul, who finished a close third, was shut out. Allocation of delegates to the Republican National Convention is not directly tied to vote totals, so the delegate breakdown was not known immediately after Tuesday’s caucuses.”

So by getting 25% of the vote, Romney and Santorum each received 50% of the delegates? Another example of public school math ruining the country? I wonder how Nevada’s delegates will be awarded.