I woke up this morning to a phone call from my sister in Myrtle Beach letting me know my baby brother, Mark, passed away last night.  He was only 52.

He’d been in the hospital since last Friday with both liver and kidney failure.  I did get to talk to him one last time – while he was still alert and coherent, though weak – Tuesday night.  He knew it was the end and was at peace with it.  I told him I loved him.

Some of you knew Mark from the years he lived here in Las Vegas.  Always had a great sense of humor…and kept it ‘til the end.

In our conversation he thanked me for being his best man at his wedding.  Then deadpanned with a frail laugh, “Both of them!”

We were on speaker phone and I could hear Jennifer, his second wife, and everyone else in the room laugh, as well.

Mark also said he’d be pissed off if anyone cried at his funeral.  That’s just the way he was.  He had a heckuva ride, with plenty of ups and downs, just like the rest of us.  But it was WAY too short.

Anyway, I found this photo of Mark and my nephew, Zach, from way back in 1996 during my state senate race against Dina Titus.  Sorry its kinda fuzzy, but it’s one of my favorites, especially his Thomas Magnum mustache. 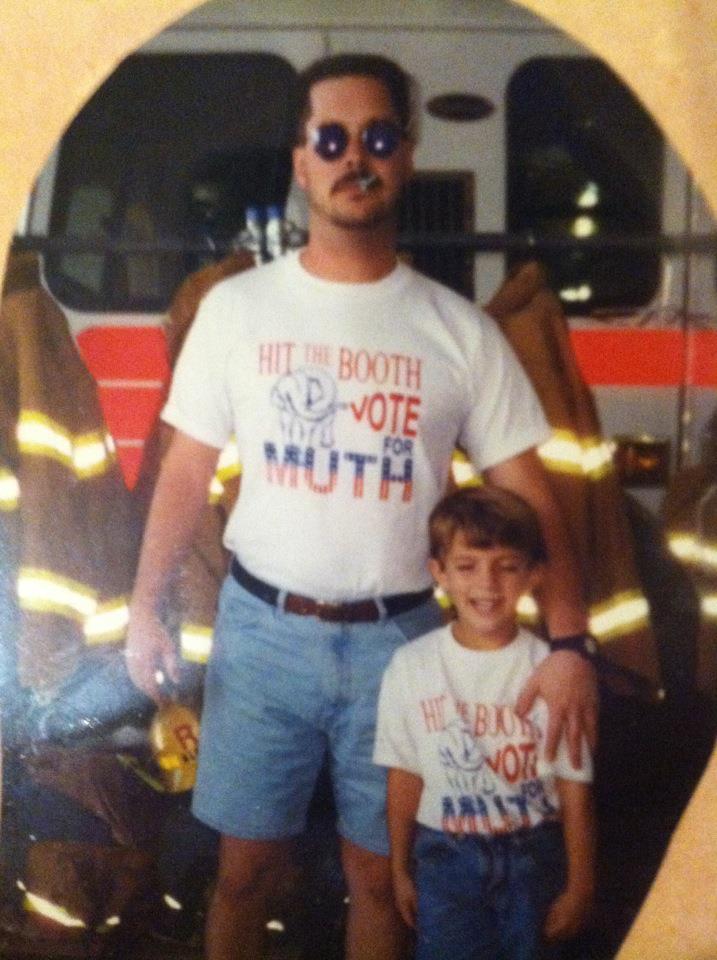 Rest in peace, Little Brother.  See you on the other side.