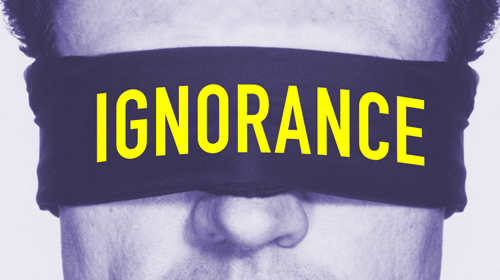 A recent column scribbled by Tim Burke about banning Nevada’s legal brothels is one of the most ill-informed columns I’ve read in a long time.  He clearly has never heard the age-old wisdom about keeping your mouth shut and being thought a fool than opening it and removing all doubt.

Burke demonstrates his ignorance of this subject right off the bat; declaring that “The legal prostitution industry in Nevada has one primary core value, making money by selling sex.”

But that’s only part of it, and not necessarily the most important part for many customers.  As Sydney Biddle Barrows, the former “Mayflower Madam,” explains in her book, “Uncensored Sales Strategies”…

“As it turns out, the majority of the men in this sub-niche were also seeking a particular EXPERIENCE.  They were not solely interested in the appearance of the young lady, nor were they focused on the sexual act.”

Sex may be the only thing on Mr. Burke’s mind, but that’s not necessarily the case for many brothel customers.

In fact, I remember meeting a brothel customer last year who gladly paid good money for the companionship of one of the working girls to do nothing more than relax, talk and hang out in her room watching television.  No sex involved.

Now, that may not be Mr. Burke’s cup of tea.  And maybe he thinks it’s a waste of money.  But it’s not his money and it’s not his life.  Live and let live, dude.

Burke goes on to claim that “for a majority of those outside of our community, legalized prostitution is viewed as a black eye against Nye County.”

I’ve lived in Las Vegas since 1988.  And never, in any conversation related to Nye County or Pahrump – other than conversations specifically about my role as an adviser to brothel owner Dennis Hof’s campaign for the Nevada State Legislature – has legalized prostitution come up, let alone in a derogatory manner.

Most Las Vegans don’t even know about it; fewer even care.

Burke goes on to claim that “Businesses looking to locate here also take the brothels into consideration when weighing the pros and cons of investing into our community and creating needed jobs.”

“Brothels and strip clubs are not chasing away economic development opportunities,” declared Tray Abney, a former chamber of commerce Director of Government Relations – who clearly knows a lot more about economic development in our state than Mr. Burke – on Nevada Newsmakers back in June.

Show host Sam Shad added that “companies like Tesla, Switch, Google, Apple, Microsoft, and the list goes on and on had no problem moving to Nevada despite prostitution.”

So much for that argument.

Burke then claimed that when a potential customer shows up at a brothel, the sex worker “gets no say on whether she wants to sell her body to that man or not.”

In a column written on just this subject last April, Ruby Rae, a legal sex worker at the Bunny Ranch outside Carson City, stated flat-out: “In the brothels, we have the choice, always, to say which clients we will say yes and no to.”

Now, who are you going to believe:  A biased columnist with an anti-brothel agenda who’s likely never even been inside a brothel…or someone who actually works in one and knows what’s-what from first-hand experience?

I’m gonna go with Ruby on this one.

And while we’re on the subject, contrary to the perception moralists such as Mr. Burke like to project, no one has a gun to anyone’s head forcing them to either work in one of Nevada’s legal brothels or patronize one.  Indeed, every girl who works in one does so voluntarily of their own free will.

“Sex work is definitely not my last resort or my only option,” writes Christina Parreira, a legal sex worker and PhD student at UNLV, “it is my choice.”

My body, my choice.  Where have I heard that one before?

Lastly, Mr. Burke notes “how men have used sex as a bargaining chip for job promotions” for female employees.

That one is certainly true.  HOWEVER, that door swings both ways.

I know writing this isn’t politically correct and I’m going to get in trouble with the Speech Police, but – NEWS FLASH! – many women have offered up sex in return for job promotions, pay raises, preferential working conditions, etc.

I know in this #MeToo era we’re not supposed to talk about THAT, but there it is.

It is within their rights for people like Tim Burke to write about something they know nothing about.  But it’s also irresponsible.

Maybe before pontificating on this subject again in the future, Mr. Burke will actually consider taking time to talk to the people directly involved.  And maybe, just maybe, he’ll come away with more of Nevada’s traditional live and let live attitude.  Hope so.