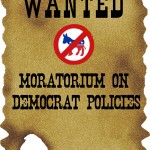 Conservative citizens showed up in force at a hearing on Thursday to protest a series of election regulations Democrat Secretary of State Ross Miller is proposing for the 2012 campaigns. For their trouble and concern, those citizens were roundly criticized and ridiculed by Miller’s office for daring to raise objections at the public hearing.

“It is unfortunate that these individuals apparently haven’t taken the time to fully read the proposed regulations or completely digest their impact,” Deputy Secretary of State Bob Walsh told Sean Whaley of the Nevada News Bureau.

Mr. Walsh’s claim that these concerned citizens didn’t take the time to read the proposed regulations is a load of flapdoodle. But if they DID have difficulty digesting and understanding them, they could surely be excused.

The regulations are based on three omnibus bills – AB81, AB82 an AB100 – which were passed by the 2011 Legislature – all three of which which GROSSLY exceed what could even remotely be considered a single-subject as is supposedly required by our Constitution. But that’s another issue for another day.

Just get a load of what Mr. Walsh and Mr. Johnson think we average Nevada citizens are supposed to read and understand before we voice concerns over new regulations we are rightfully and understandably suspicious of.

The following is just the SUMMARY of one of the three bills – which includes 69 separate sections spread out over 55 pages.

Assembly Bill No. 81–Committee on Legislative Operations and Elections
CHAPTER……….
AN ACT relating to elections; clarifying how a minor political party may be organized; revising certain requirements for petitions of referendum; revising provisions relating to counting ballots, posting voting results and recounts; providing that the residency of spouses of certain military personnel is not changed whether absent or present in this State; making various changes concerning campaign contributions and expenditures; making various other changes to provisions governing elections; providing a penalty; and providing other matters properly relating thereto.

Sections 7-12 and 64 of this bill provide that the signature and verification requirements for initiative petitions also apply to petitions for referendum. Existing law provides the requirements for nominating candidates for office and placing candidates on the ballot for the general election. (NRS 293.165, 293.166, 293.368) Sections 13, 14 and 25 of this bill move the date after which no change may be made on the ballot for the general election from the first Tuesday after the primary election to the fourth Friday in June of the year in which the general election is held.

Existing law provides that if a person willfully files a declaration or acceptance of candidacy that contains a false statement, the name of the person must not appear on the ballot for the election for which the person filed the declaration or acceptance of candidacy. (NRS 293.184, 293C.1865) Sections 19 and 32 of this bill further require that if the name of such a person appears on the ballot because the deadline for making changes to the ballot has passed, the Secretary of State, county clerk or city clerk must inform voters by posting signs at polling places that the person is disqualified from entering upon the duties of office.

Section 21 of this bill allows a person to cast a primary ballot for a major political party only if the person is a member of that major political party. Existing law sets forth procedures for depositing absent ballots in the ballot box, including verifying the absent voter’s signature that appears on the back of the return envelope or facsimile. (NRS 293.333, 293C.332) Because certain military personnel and overseas citizens may return special absent ballots via approved electronic transmission other than facsimile, sections 23 and 33 of this bill authorize the verification of the signature of these voters by comparing the signature from the special absent ballot or the oath of the voter that must be included in the special absent ballot with that on the original application to register to vote.

Existing law sets forth the period for early voting by personal appearance at a primary or general election, which excludes Sundays and state and federal holidays. (NRS 293.3568, 293C.3568) Sections 24 and 34 of this bill provide that state holidays are not excluded from that period.

Section 26 of this bill prohibits a county clerk from posting voting results for a statewide or multicounty race or ballot question until the Secretary of State notifies the county clerk that all polling places are closed and all votes have been cast.

Section 27 of this bill revises the procedure for demands for an election recount in a county or city using a mechanical voting system and for recounts affecting more than one county.

Sections 36.5 and 39.5 of this bill differentiate between “campaign expenses” and “expenditures” for purposes of campaign reporting requirements.

Sections 40, 44, 45, 47, 48, 50-53, 55, 59-62 and 69 of this bill repeal the term “business entity” and remove the term from provisions governing registration and campaign contribution and expenditure reporting. These entities, however, are not exempt from the provisions because they are business organizations included within the term “person” as defined in existing law. (NRS 294A.009)

Section 58 of this bill adds contributions made to another candidate, a nonprofit corporation, a committee for political action or a committee for the recall of a public officer to the categories of expenditures that must be reported on campaign expenditure reports.

Section 65 of this bill requires the affidavit executed by a circulator of a petition for initiative or referendum to include the contact information of the circulator and a statement that the circulator is at least 18 years of age.

Sections 67 and 68 of this bill require that candidates for city office in the cities of Carlin and Wells file declarations of candidacy at the same time as candidates for statewide office.

Frankly, I think Mr. Walsh and Ross Miller owe “those individuals” who have let their voices of concern be heard over this monstrosity an apology!

In fact, the Nevada Legislature also owes the citizens of Nevada an apology for passing this thing. By my calculation, this AB81 mama-jama weighs in at over 22,000 often-impossible-to-understand words…while the United States Constitution – which governs the entire nation and federal government – only had “4,543 words in the original, unamended Constitution, including the signatures,” according to USConsitution.net.

Hell, just the legislative summary digest (above) of the bill is 1,394 words long. The SUMMARY!

This whole thing is absurdity taken to an extreme. It’s obscene. Enough already.