You may have heard that a judge in Carson City on October 1 killed the tax repeal referendum that we filed in early August and that I didn’t “show up” for the hearing.  Here’s one such story by Geoff Dornan of the Nevada Appeal…

To the extent that I did not participate in the hearing and that Judge Todd Russell did rule that the repeal referendum violated the single subject rule and had an inadequate description of effect, the stories are true.

1.)  The wording of our “Description of Effect” for the referendum that the judge struck down was IDENTICAL to the description of effect written by the Legislative Counsel Bureau for the bill that we’re trying to repeal.

And we always expected the judge to rule against us on the “single subject” rule.  For that we’ve always assumed an appeal to the Nevada Supreme Court will again become necessary.

2.)  The claim made by opponents in the original story by Mr. Dornan – that I tried to avoid service of their lawsuit five times – is total BS.  Gratefully, the reporter removed these accusations from an updated version of the story that was published this morning.

In the original story, the process server claims he “heard voices” coming from inside my house, but that no one would come to the door.  If he did actually say that, then he’s a liar. 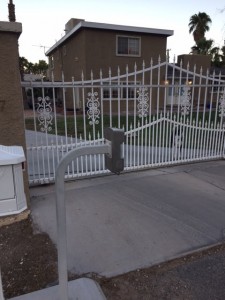 The fact is, our house is inside a gated “compound” and the front door to my house is some 50 feet away from the street.

Plus, thanks to the September heat in Vegas, our windows are closed because the air conditioning is on during the day.

There’s simply no way this guy could “hear voices” coming from inside my house even if I was home at the time he tried to serve the papers…which I was not.

Instead, he threw the papers on the ground outside the gate rather than call me to set up a time for me to be home and accept the documents.

So it was improper service.  And if I was really trying to drag this matter out – as Lori Story of the Attorney General’s offices falsely accused me of doing in court yesterday – I would have filed a motion alleging improper service.

I’m telling you folks, these people will say and do anything to keep you from voting on this tax repeal referendum.

3.)  By law, they never should have held that hearing in the first place.

On September 11, 2013, I filed a “Petition for Removal  of State Court Action to Federal Court” alleging First Amendment violations by the PAC that sued us to block the referendum. The petition was accepted by the United States District Court of Southern Nevada and assigned to Judge Jennifer A. Dorsey.

As required by law, I mailed compete packets of the petition and all supporting documents to both of the lawyers representing the PAC that’s suing us, as well as the First Judicial District Court – Judge Russell’s court – in Carson City.

At that point, by law, all proceedings on the lawsuit at the state level should have been halted immediately.

“Notice to adverse parties and State court. Promptly after the filing of such notice of removal of a civil action, the defendant or defendants shall give written notice thereof to all adverse parties and shall file a copy of the notice with the clerk of such State court, which shall effect removal and the State court shall proceed no further unless and until the case is remanded.”

“…and the State court shall proceed no further...”

Indeed, since Judge Dorsey has NOT remanded the case back to the First Judicial Court in Carson City, Judge Russell – who admitted in court yesterday that he KNEW about the Petition for Removal – should not have proceeded with yesterday’s hearing.

And that’s exactly why I didn’t drive eight hours up to Carson City to attend.  The bottom line is that I did not want to risk waiving my petition for removal by showing up while my request to the U.S. court is still pending.

That the two attorneys hired to block the referendum and Judge Russell *think* there are no grounds for removal and chose to ignore the U.S. District Court’s authority in the matter is irrelevant.

It’s not their “opinions” that matter.  It’s the law.  It’s right there in black-and-white.  You could look it up.

As for Benson’s, Griffin’s, Story’s and Judge Russell’s *opinion* that there are no grounds for removing the lawsuit from state court, Judge Dorsey hasn’t ruled on that yet.

In fact, on September 23, 2015, Judge Dorsey signed an order – delivered electronically to Story, Benson, and Griffin – that concluded as follows…

So not only did Benson, Griffin, and Story KNOW about the Petition for Removal, but they also KNEW the U.S. District Court ordered them to respond and defend their position.

So yesterday’s “star chamber” hearing was nothing more than a PR effort to embarrass me – because they KNEW in advance that I wouldn’t be there – and to block our effort to let the voters decide on whether or not to repeal Gov. Brian Sandoval’s $1.4 billion tax hike.

All I can say is that if they thought this would discourage me and cause me to throw in the towel, they were seriously mistaken.

All this stunt did, in the immortal words of Admiral Isoroku Yamamoto after the attack on Pearl Harbor in the movie Tora, Tora, Tora, was “awaken a sleeping giant and fill him with a terrible resolve.”

We still have an uphill fight.

The odds are against us.

We could very well still lose.

But we will not quit.

“So @nvdornan [Geoff Dornan of the Nevada Appeal] reports from Carson City that @chuckmuth didn’t show for hearing on tax repeal, judge tossed it, refused to move to fed ct. . . . So @chuckmuth retains title as head of Serial Loser Caucus…”

Again, Judge Russell KNEW why I wasn’t going to be there and about the federal stay.

Because even if he missed the notice from the federal district court that was sent to his court, I FedEx’ed him a letter to that effect which was delivered and signed for more than four hours before yesterday’s hearing (see delivery receipt below)… 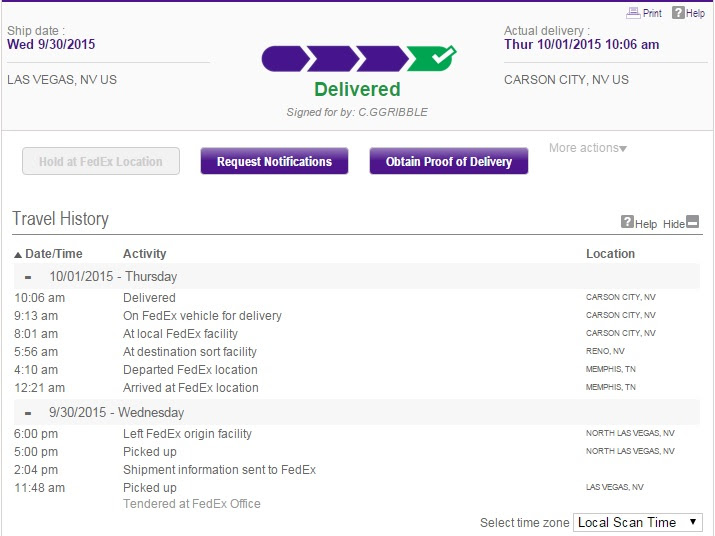 In fact, the parties knew about the federal petition and my absence even BEFORE yesterday’s FedEx package was delivered, because I sent an email which included the documents to the district court clerk and the attorneys involved on WEDNESDAY morning (see below)…

So if Judge Russell didn’t know about this, he needs to take it up with the court clerk and attorneys for the opposition – because they certainly knew about it.

You can read the letter I sent Judge Russell and the supporting documents by clicking here and here.

As for Sputtering Jon’s “Serial Loser Caucus” comment, what can I say? The guy’s a hate-filled liberal jerk.

He never bothered to check to see WHY I wasn’t there.  He just prematurely launched his rockets (which I hear is par for the course for him in multiple departments).

And Jon should remember that it ain’t over ‘til it’s over.

Indeed, as you might recall, he and other liberals were dancing with glee and thought they’d beat us before when a district court judge ruled against us over some educational mailers we did in the John Oceguerra race in 2012…

Only to ultimately see us win our Supreme Court appeal on the case earlier this year.

By the way, for more information on becoming a Citizen Outreach member, CLICK HERE.