Sandoval Flip-Flops on His Flip-Flop 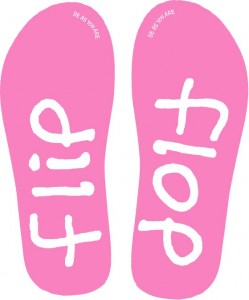 As you may recall, not only did Nevada Gov. Brian Sandoval break his pledge not to raise taxes or extend the “sunsets” last year, but last March he announced he planned to extend the tax hikes yet AGAIN in 2013; a decision that was immediately and warmly embraced by Republican Sen. Michael Roberson – who is now in charge of making sure no Republican state senate candidate promises not to raise taxes.

Apparently, we’re all supposed to be Democrats now.

Anyway, Sandoval said his decision to re-impose the $600 million worth of tax hikes was to avoid cuts to education; a claim nevertheless exposed as false just a couple days later when an administration memo was discovered which explained that at least half the money would actually be going towards restoring government employee pay cuts!

Now scour the Internet and see if you can find that fact consistently repeated by anybody else. It’s been one of the best-kept secrets since the Stealth fighter program in Tonopah!

Anyway, you can bet the Sandoval administration knew that we knew the game and weren’t about to let them get away with it. And yesterday, lo and behold, Sandoval chief-of-staff Gerald Gardner announced that agency chiefs have now been advised by the governor to drop plans to undo the minot pay reductions.

Two things really bother me about this development:

1.) For more than six months now, the governor, Sen. Roberson and a passel of GOP candidates have been claiming that the tax hikes on businesses, consumers and car owners needed to be re-imposed in order to avoid further cuts to education. That claim has been a flat-out lie and they all know it. But they kept trying to pull the wool over everybody’s eyes anyway. Why couldn’t they just tell the truth about where the money was going?

2.) The reason for the reversal isn’t to fess up and a tell Nevada taxpayers the truth. No, the stated reason for now not undoing the pay reductions is because of “much higher than anticipated” health care costs associated with the implementation of ObamaCare.

Now, that’s bad enough…but then consider the fact that Gov. Sandoval is, I believe, the ONLY Republican governor in the country who is aggressively implementing ObamaCare and you realize this is a problem of his own making.

Pretty ironic, too, that the reason state workers now aren’t getting their pay raises is because of President Barack Obama and not conservative Republicans.