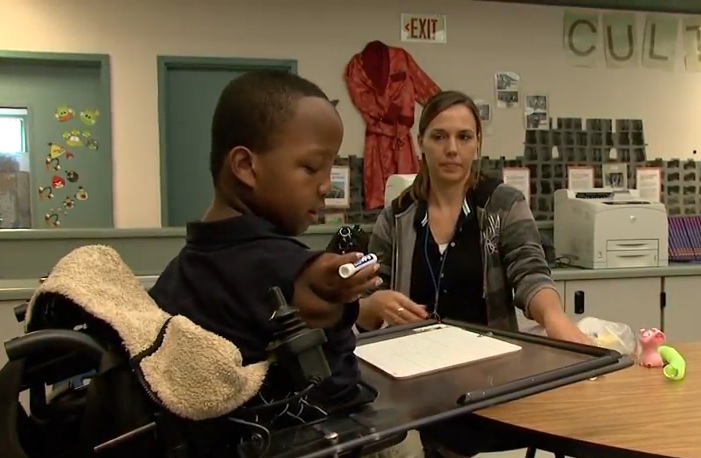 I’ll get to Jermel Smith in a minute, but first…

Republican candidate Victoria Seaman’s abrasive, belligerent, often obnoxious, split-personality is becoming a major issue in her race for Nevada’s 3rd congressional district, calling into question whether she has the temperament to be an effective elected representative.

Yes, she does have a sugar-and-spice side in public.  And this is the only side many of her supporters have ever seen.  But there’s a polar opposite side to her Jekyll and Hyde persona that is clearly troubling to those who have witnessed it first-hand.

After I wrote last week about her blow-up with Assemblyman Ira Hansen in a caucus meeting during the 2015 legislative session – in which Seaman was described as “pouting and throwing tantrums” and on three occasions “stomped out of meetings when not getting her way” – others have shared similar stories.

One person who was in that infamous meeting where Seaman had her drama queen mega-meltdown told me they’d “never heard a woman drop so many F-bombs in such a short period of time.”

And that same volatile personality disorder, I’m told, was behind the big roommate brouhaha in Carson City early in the 2015 session that got so bad with the insufferably argumentative Seaman that one of them finally had to move out.

“I noticed on Twitter you have been calling out Victoria for her bad behavior,” wrote another in an email.  “As recently as last fall, she had a meltdown at the NPRI dinner.  She claimed she was improperly seated and went on and on about being moved to a ‘table in the back.’  She’s a real gem.”

It’s a false sense of entitlement clearly stemming from a deep, deep insecurity complex that manifests itself in her incessant quest to have her photo taken with important people and shared on social media.

Unfortunately this emotional need to always be the center of attention is combined with a brewing cauldron of inner anger that regularly burbles up to the surface causing the thin-skinned former assemblywoman to uncontrollably lash out at anyone she perceives to be a threat to her becoming somebody important herself.

Which brings us to Jermel Smith…

One of Victoria’s GOP primary opponents in the CD3 race is Michelle Mortensen.  Mortensen is a very popular Emmy-winning former consumer advocate for KLAS-TV 8.  As such, she’s a serious threat to Victoria’s political ambitions.

So much so that I’ve heard stories about a major blow-up Victoria had with members of the church she used to attend which also happened to be the same church Mortensen’s family attends.  Seaman was reportedly livid that Mortensen would get in “her” race and gave fellow church-goers a piece of her mind about it.

I’m told Seaman has since switched churches rather than go to the same church with Mortensen.  Don’t know if that’s true; but I don’t doubt it either. How childish.

Anyway, Victoria has been sniping at Mortensen with reckless abandon on social media for weeks.  But in hot-headed, leap-before-you-look fashion last week, she also unconscionably went after a young boy who was born without arms or legs.

“My opponent @Tell_Michelle_ Michelle Mortensen wants you to believe she is a small government conservative but if so why does she believe Medicaid isn’t doing enough, and how big does she want it to be! Watch video in her own words. #NeverMortensen #SeamanforCongress”

“Why does she believe Medicaid isn’t doing enough?”  Remember that question.

Seaman attached a 10-second video clip to her tweet of Mortensen speaking to the Sun City Conservative Club last month.  And here’s exactly what Mortensen said…

“Medicaid said the little boy didn’t need a wheelchair.  That’s Medicaid for you.” 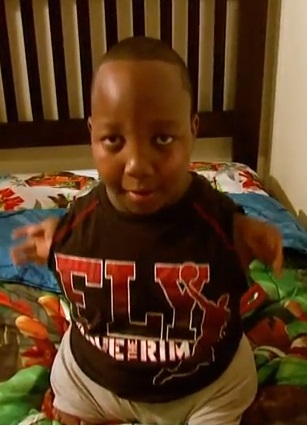 Mortensen was discussing the situation that faced Jermel.  And here’s his story; both gut-wrenching and heart-warming…

At her first ultra-sound, little Jermel’s mom, also named Michelle, learned that he was going to be born without limbs.  No legs.  No arms.  Only two little hands attached to his shoulders.  And a beating heart.

Everyone, including her doctors, thought Jermel’s mom should terminate the pregnancy.   But Michelle said no.  “How could I have done that and been OK?” she asked.

Miraculously, Jermel is now in elementary school.  But he outgrew his specialized wheelchair.  He had difficulty accessing the controls and the straps wouldn’t hold him in.  Indeed, he now bears a nasty scar on his cheek from a serious fall.

Clearly, the boy needed a new wheelchair – one that “would give him independence and a chance at a normal life.”  But Medicaid refused to cover it…not once, but SIX times.

Which brings us back to Seaman’s sarcastic question about Mortensen:  “Why does she believe Medicaid isn’t doing enough?”

Why?  Because while Medicaid is providing benefits for able-bodied adults who have no disability preventing them from working, the same government program would not cover a wheelchair for a little boy with no legs and no arms, that’s why.

And THAT’S what Mortensen was talking about.

And apparently Victoria thinks Jermel and his mom were wrong to ask Medicaid to cover a new wheelchair for the boy and Mortensen was wrong to take the mother and son’s side.

Now the rest of the story… 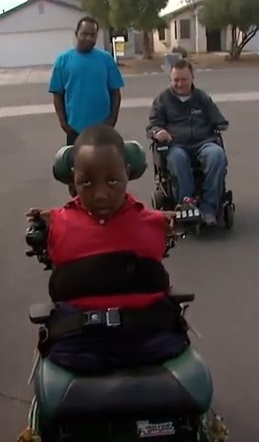 Mortensen didn’t just “talk” about this Medicaid failure.  When she learned of little Jermel’s predicament, she contacted a private foundation, which donated a brand new $30,000 wheelchair – decked out with his favorite Ninja Turtle accessories! – that allows him to get around better and safer.

But Mortensen didn’t stop there.  She reached out to K-Mart, Smith’s and Walker Furniture to get Jermel set up for school last fall with new clothes, school supplies and his first-ever bedroom set, “complete with Ninja Turtle sheets.”

So what we actually have here in the bitchy Seaman tweet is a story about a woman who CHOSE LIFE, a government program that failed miserably in providing for one of the truly needy individuals in our community, and a candidate running for Congress who stepped in and did something amazing to help the little boy and fix the problem through the generosity of the private sector.

What’s not conservative about that?

That Victoria Seaman – “The Queen of Mean” – would go after Mortensen, Jermel and his mom in an ignorant, petty, heartless tweet just to advance her political ambitions is absolutely shameful.  Talk about a “nasty woman.”

If you want to watch the full three-and-a-half minute video of Jermel’s story, click below…