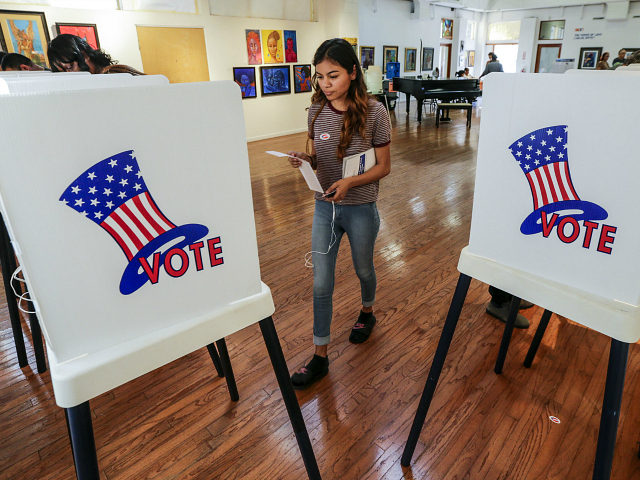 Are you shocked?  Yeah, neither am I.

I first realized the reporting fraud days ago when I saw my home state of Nevada on a left-wing list of states allegedly refusing to comply with a request from President Donald Trump’s Advisory Commission on Election Integrity for public voter data records even though I knew Nevada Secretary of State Barbara Cegavske had already stated publicly that Nevada law REQUIRED her to comply.

On Wednesday, the office of Vice President Mike Pence issued a statement correcting the false record being peddled by CNN and other “fake news” media outlets…

“On June 28, the Presidential Advisory Commission on Election Integrity issued a letter requesting that states provide publicly available voter data as permitted under their state laws. At present, 20 states have agreed to provide the publicly available information requested by the Commission and another 16 states are reviewing which information can be released under their state laws. In all, 36 states have either agreed or are considering participating with the Commission’s work to ensure the integrity of the American electoral system.

“While there are news reports that 44 states have ‘refused’ to provide voter information to the Commission, these reports are patently false, more ‘fake news’. At present, only 14 states and the District of Columbia have refused the Commission’s request for publicly available voter information. Despite media distortions and obstruction by a handful of state politicians, this bipartisan commission on election integrity will continue its work to gather the facts through public records requests to ensure the integrity of each American’s vote because the public has a right to know.”

I can’t stress this strongly enough: The commission has requested PUBLICLY AVAILABLE INFORMATION.  This is not confidential information.  You privacy is not being invaded.  As Kansas Secretary of State Kris Kobach, vice chairman of the commission, notes…

“Any person on the street can walk into a county election office and obtain a publicly-available copy of that state’s voter rolls – which usually includes voter name, address, date of birth, and the recent elections in which the voter participated. During any campaign season, there are literally hundreds of candidates and campaign workers in every state who possess these same voter rolls. Voter rolls are also frequently obtained by journalists seeking to do election-related research.”

The purpose of the Commission’s study is to determine the extent of the problem of people voting who aren’t legally eligible to vote.  Who could be against that?

Think of a crooked bookkeeper who’s been embezzling money from their company for years.  Suddenly the CEO announces he’s bringing in an outside auditor to look at the books.  How would the bookkeeper react?  Pretty much the same way Democrats are reacting in response to the Election Integrity Commission’s voter data request.

Leaving only one inescapable conclusion: Somebody’s trying to hide something.