Shouldn’t the Legislature Play by the Same Rules as Citizens? 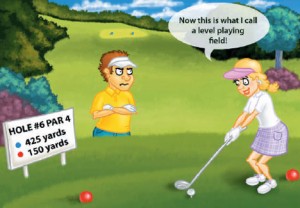 A simple “good for goose/good for gander” lawsuit on behalf of the citizens of Nevada has scared the Shinola out of the state’s power elite. Here’s the deal.

On January 18, 2012 my organization, Citizen Outreach, joined a lawsuit filed against Ross Miller in his capacity as Nevada’s Secretary of State. At issue is the fact that despite a constitutional requirement that “Each law enacted by the Legislature shall embrace but one subject,” the Legislature has routinely enacted legislation covering far more than one subject.

As an example, the lawsuit references AB 81, a bill last session which “contains more than 40 different subjects” and “amends more than 40 separate, freestanding statutes.” In the meantime, the Legislature passed a new “single subject” law (SB 224) in 2005 that has made it virtually impossible to qualify a citizen initiative for the ballot.

Well, apparently so. Because on February 16 the Legislature petitioned the court to intervene in the case, maintaining that our lawsuit is “a direct assault on the Legislature’s reasonable and long-standing interpretation of the single subject rule” in the Nevada Constitution.

Actually, it’s no such thing. Indeed, if the courts find that the Legislature’s interpretation of the single-subject rule is reasonable, all we’re asking is that the same standard be applied to citizen-led ballot initiatives.

But it’s not just the Legislature that doesn’t want to play by the same rules as common citizens. The mining industry, the gaming industry and the retail association have all filed motions seeking to interfere…er, intervene in the case. And get this: On February 21, Attorney General Catherine Cortez-Masto requested that the lawsuit be removed from the state’s District Court system and bumped up to the feds!

Why? One can only assume this is a delaying tactic intended to stretch the lawsuit out so that if they lose, it will be too late for citizens to gather enough signatures to qualify any initiatives for this election cycle that would be treated under the same single-subject standard as regular legislation.

But all the legal maneuvering and machinations in the world can’t change the fact that the system as it’s being applied today has one set of rules for the Legislature and another, harsher set of rules for the people. And all we’re asking is for the court to level the playing field and apply the same rules to everyone.

Is that too much to ask?