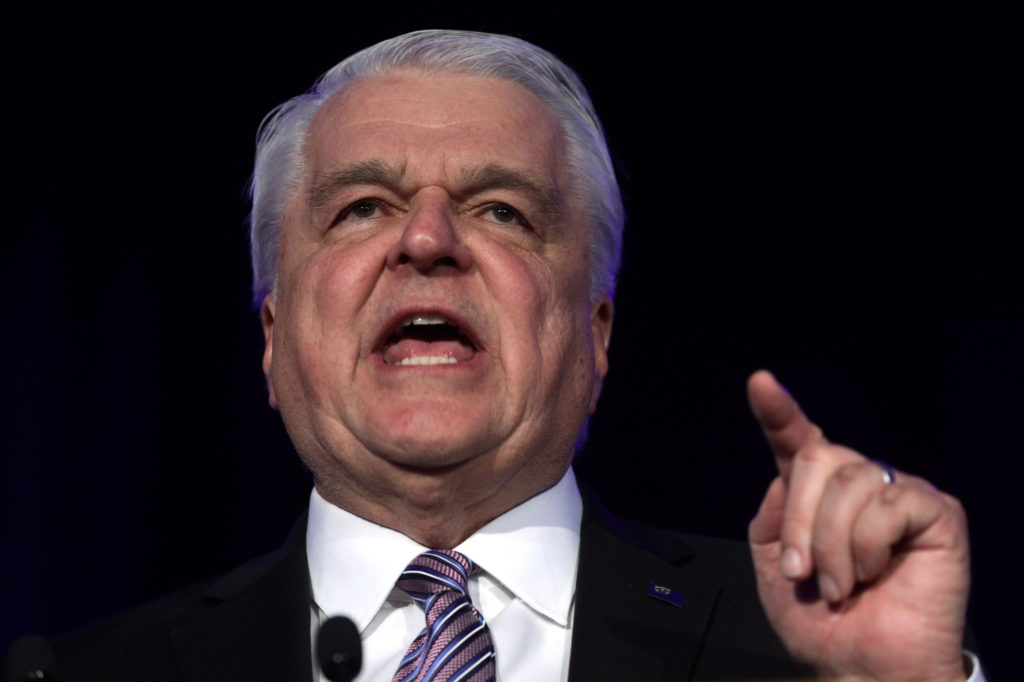 (Chuck Muth) – The #SisolakShutdown continues uninterrupted with no end in sight.  But what is clearly in sight is the economic devastation the governor is leaving in the wake of his executive order over-reaction in Nevada.

Hmm, maybe there IS a silver lining to this situation!

As such, some government entities are already implementing cost-cutting measures.  For example, the Metro Police Department in Clark County laid off 112 non-essential part-time workers on Friday.

The Las Vegas Review-Journal is also reporting that the Nevada System of Higher Education (NSHE) is preparing for cuts of 4% for the current fiscal year and threatening a “temporary student surcharge” of $3 to $8 per credit rather than implement further budget cuts.

First, they shouldn’t be “preparing” for cuts.  They should be making them right now.  This lack-of-revenue situation is only going to get worse, not better.

Secondly, anyone who believes those “temporary” tuition hikes won’t become permanent should hop on their unicorn, don their rose-colored glasses and pay the Tooth Fairy a visit.

Why aren’t Gov. Sisolak and other local government entities doing the same?

Instead, just this week the city of Henderson “awarded a contract worth more than $12 million to improve the events plaza outside City Hall.”

Seriously?  Talk about having a tin ear!

On another front, James Bandler of ProPublica notes that 98% of Unite Here’s union members – representing the hospitality industry, including Culinary 226 in Nevada – are out of work.  As such, the union has already starting laying off union officials.

No jobs, no workers.  No workers, no dues.  No dues, no money for salaries.  So to lessen the pain and keep people working, the union is reportedly asking staff members to take 5-10% pay cuts.

Sounds reasonable.  So, um, why isn’t Gov. Sisolak taking similar immediate steps and reducing the salaries of government workers 5-10%?  The longer he waits, the worse the problem is going to be.

Nevada is broke thanks to the governor.  As the state burns, he’s sitting in Carson City fiddling.  And Nevadans are just sitting at home and taking it.  “Thank you, sir.  May I have another?”