Some Brutally Honest Truths about the DACA Fiasco 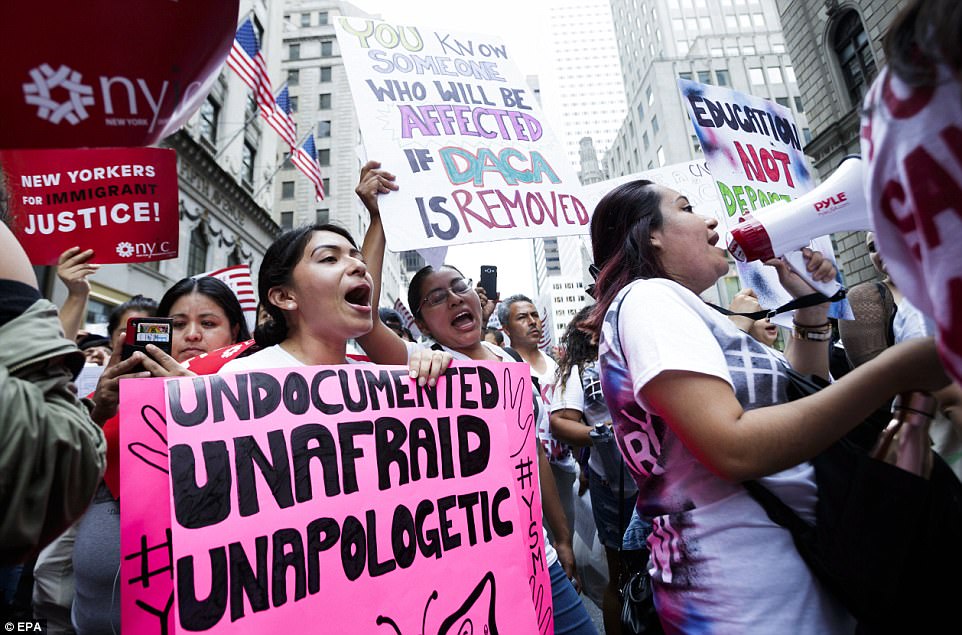 1.)  The children of illegal aliens are in our country illegally and facing possible deportation because of the actions of their parents.  Not Donald Trump.  Not Congress.  Not Republicans.  Not conservatives.  Not me.  Their PARENTS.

2.)  The ONLY reason President Trump was put in the position of having to rescind the DACA policy is because Barack Obama issued it via an unconstitutional Executive Order rather than dealing with Congress and passing actual legislation.

To the extent that President Trump is “taking away” something, it’s only something these folks never should have had in the first place.  Blame Obama, not Trump.

3.)  Stop all this crud about DACA’s revocation “splitting up families.”

4.)  While the plight of children brought to the United States illegally by their parents certainly generates an understandable level of sympathy, all these belligerent protests and angry public statements DEMANDING that they be allowed to stay as if nothing wrong has been done is, frankly, insulting.

Sorry, DACA kids, but you shouldn’t be here. That may not be your fault, but it is the reality.

Secondly, maybe under certain circumstances we should allow you to stay.  But since you’re in the wrong on this, maybe you should ASK for consideration instead of demanding it as if you are somehow entitled to something.

You’re not “entitled” to anything from a legal standpoint.  You’re not a citizen of our country.  And, by the way, you’re not entitled to BECOME a citizen.

Show a little humility.  A little gratitude.  A little contrition.  A little understanding for exactly how big a problem you have caused our county, even if done unintentionally through no fault of your own.

Get out of our face.  Stop falsely accusing us of “racism” and hating Hispanics.  And stop demanding citizenship even though you and/or your parents butted in line and broke the law to get here.

As Michael Corleone so famously put it to Carlo Rizzi in The Godfather, “I want you to stay, you understand?  Only don’t tell me that you’re innocent. Because it insults my intelligence and it makes me very angry.”

You’re in the wrong whether it’s your fault or your parents’ fault.  Start acting like it.  Throw yourself on the mercy of the court of public opinion.  Then maybe, just maybe, you’ll get a sympathetic jury.