The Biennial Running of the RINOs Has Commenced 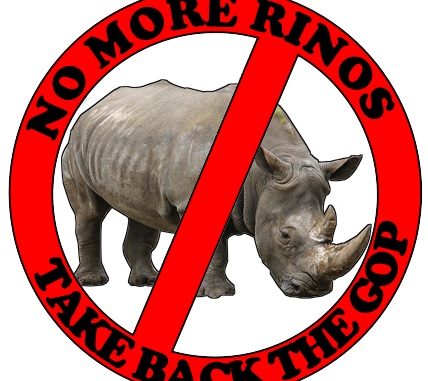 After Nevada Republicans got wiped out in the 2018 elections, a lot of folks asked me what we could do about it.

Easy answer: Not much.

They can pass pretty much anything they want.

About the only thing Republicans can do is refuse to give Democrats GOP votes on liberal bills – that will enable said Democrats to claim the bills are “bi-partisan” – and then use those votes for bad, liberal bills in the 2020 elections to pick up seats.

And Nevada’s Republican legislators can’t even do that.

Let’s start with SB48 – a bill to jack up the tax on diesel fuel.  Which means it’s a tax hike. Which should be a no-brainer for Republicans who campaigned on opposition to tax hikes.

But this bill is even worse than that.

Because it does an end-run around the Gibbons Tax Restraint law that requires a 2/3 super-majority vote of the Legislature to pass tax increases.  What this bill does is allow LOCAL governments to raise the tax instead of legislators doing it themselves.

It’s a loophole in the law that needs to be either closed or struck down by the courts.

Regardless, four Republicans voted FOR this tax hike in the State Senate: “Tax Your Meat Pete” Goicoechea, Scott Hammond, Keith Pickard and Joe Hardy (of course).

Then there was AB153 yesterday – a gun control measure.  Which means it should have been a no-brainer for Republicans who campaigned on being gun rights/Second Amendment supporters.

But here we go again.  Three Republicans in the Assembly voted to give political aid-and-comfort to the Democrats by voting for it: Glen Leavitt, Tom Roberts and Jill Tolles.

But at least they got some adoration from the far-left crazies over at Battle Born Progress, who fully understand the undeniable benefit of Republicans giving them “bi-partisan” cover.  A tweet from the BBP after the vote…

“Thank you to all the members that voted for it, especially those that crossed party lines for common-sense gun legislation!”

Next up: AB431 – a bill to automatically restore the right to vote for convicted felons upon release from prison.

Three Republicans gave Democrats – who didn’t need a single GOP vote to pass this bill – the cover they so desperately covet in order to label the bill as “bi-partisan”: Lisa Krasner, Al Kramer and Jill Tolles (of course).

Then there’s SB450 – a bill making the already-near-impossible task of recalling a public official even more difficult, as well as, of course, a fee increase.

Unfortunately, this is only the tip of the iceberg.  Plenty more bad bills coming our way as the Legislature careens toward a merciful adjournment, and plenty more GOP aid-and-comfort votes.

These people are obviously comfortable in their minority party status and happy to play the role of “useful idiots” for the Democrats.  They’re either totally ignorant of how Dems will use them as political “human shields” in the 2020 campaigns…or they just don’t give a damn.

Look, I EXPECT Democrats to vote for bad, liberal bills.  It’s what they do.

But we should expect BETTER from Republicans.

Alas, some never seem to learn and actually appear to revel in their role of undermining future GOP election prospects.

They leave us conservatives no choice.

We have to primary the worst of them – just as we did to the RINOs who voted for the largest tax hike in Nevada history in 2015 (12 of the 13 tax-hiking Assembly RINOs are gone – and the remaining one, John Hambrick, has been AWOL this entire session).