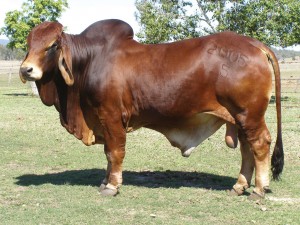 So Nevada State Sen. Elizabeth Halseth (R-Cheaterville) finally opted to resign in disgrace on Friday and that, politically speaking, should be that.

However, in her resignation letter – which was dripping in that stuff that comes out the south end of a Brahman bull – Sen. Harlot opted to poke the bear. So a few final words as a parting gift for Ms. Family Values.

First, the timing of the resignation on Friday was no accident and had nothing whatsoever to do with her missing that Legislative Commission meeting earlier in the week.

In fact, Halseth was actually approached shortly after the holidays and urged to resign after GOP leaders learned she really was trying to get the Family Court to allow her to move out of state in her divorce proceedings. The succubus senator initially resisted, but was finally persuaded that leaving office was no longer a choice. The question was only a matter of when, not if.

So why on Friday?

Because Thursday was the last day for candidates to re-register at a new address and run for office in a new district. Halseth’s resignation and announcement were kept quiet until it was no longer possible for the Democrats to move somebody into the district. Smart strategic play by GOP leaders…who reportedly already have their replacement candidate lined up.

But back to Halseth.

Let’s not forget that the sweet-talking, body-rubbing sassy senator is NOT the victim here.

She’s getting divorced and has been forced out of office because she was caught cheating on her husband…a stay-at-home dad who cared for the children while she pursued her political and amorous ambitions. She then schemed to have her husband arrested on a trumped up, BS “lewdness” charge in the hope of getting full custody of her children so she could move them to Alaska with her paramour.

But we’ll get back to all of that in a minute. First, let’s take a look at the audacious resignation letter Halseth submitted to Gov. Brian Sandoval.

She went on to note that her family “is going through an incredibly difficult time.” Which is true.

But it’s also true that they’re going through that “incredibly difficult time” because SHE got caught with her pants on the ground…and then had her husband, Daniel, arrested on a trumped-up BS “lewdness” charge…leading to Daniel filing for divorce. But I repeat myself repeat myself.

Halseth then went on to write how much she appreciated “the support of many of my colleagues both Republican and Democrat who have chosen to respect the line between public service and private family matters.”

I swear this gal must have gotten a pair of testicles from Santa Claus at Christmas to write something like that!

Again, the WHOLE reason Elizabeth Halseth got elected in the first place in 2010 was because she obliterated the line between public service and personal conduct – first in her primary race against incumbent Republican State Sen. Dennis Nolan, and then in the general election when she all but called Democrat opponent Benny Yerushalmi’s wife a tramp.

“Not our values.” Remember that, Lizzie?

Halseth then went on to thank her constituents for their understanding and compassion, “not just as an elected official, but also as a newly single mother.”

Oh, puh-lease. You’re not single yet, toots. And you get no sympathy because YOU chose to become a single mother by cheating on your husband. It’s your kids we all feel badly for.

Halseth then essentially thanked the media for essentially covering up this public mess of her own making, while slamming “those determined to enhance themselves by tearing down others.”

You know, like the way she enhanced herself by tearing down Dennis Nolan and Benny Yerushalmi. Seriously, this woman must need a wheelbarrow to lug those stones of hers around.

Don’t get me wrong. I have no problem with playing political hardball. But once you get hoisted on your own petard, don’t go whining about it.

Then, pretending to still be the good party soldier, Halseth takes a shot at President Obama over Nevada’s continuing unemployment problem – whimpering that she has experienced this “first hand as I continue to try unsuccessfully to find a job.”

She goes on to claim she can’t find a job in Nevada because of her elected position and the duties she has to perform and because “coupled with my reputation and integrity being regularly demonized by selfish partisans and a handful of reckless bloggers with personal agendas of salacious, unfounded personal attacks on me, makes it impossible to locate employment here in Nevada.”

What a load of crap.

First of all, she’s a sitting Nevada state senator in mid-term. If she really wanted a job in this politically incestuous state, she could get one in 24 hours through any number of lobbyists. But even if not, with her youth, good looks and “come hither” reputation for flirting…there’s always pole dancing, right?

No, Halseth “can’t” find a job in Nevada because she’s not looking for one. She doesn’t want to stay here. All she’s waiting for is permission from the court to move with her meal tickets…er, children…to be with her boyfriend, Tiger Helgelein, who reportedly moved back home to Alaska a few weeks ago.

But of course, when the desired move to Alaska with Tiger was brought up in the divorce proceedings last Thanksgiving, Halseth suddenly decided that where she really wanted to move to (wink, wink) was back home to Oregon to be near her mother.

Yeah, that’s the ticket! Obviously, her attorney knows it’s more likely for a judge to approve an out-of-state move back home with mommy than with Romeo.

Secondly, let us not forget that Halseth has filed at least three, and maybe four, sexual harassment complaints in less than a dozen years. And I’m reliably told one of those complaints resulted in a bonanza settlement for which she is still getting a nice monthly check.

Gee, ya think maybe potential employers are more worried about her reputation for filing sexual harassment complaints than her legislative work schedule and duties?

“Selfish partisans”? Again, that takes some ginormous cojones considering the partisan nature of her own attacks against Democrats in the past. Physician, heal thyself.

“Reckless bloggers” who have supposedly launched “salacious, unfounded personal attacks” on her?

“Reckless”? I’ve documented everything I’ve written in The Elizabeth Halseth Story and all of it has turned out to be true…including her desire to move out of state, which no one believed at the time.

Only to the extent that the subject matter we’re talking about is Halseth’s own infidelity and her trumped up “lewdness” charge against her husband, the SOLE PURPOSE of which was to have him declared an unfit father so she could get the court to allow her to move out-of-state.

Indeed, one of my original sources regarding the extramarital relationship between Elizabeth and Tiger told me that both of them admitted the affair shortly before the whole thing blew up on October 21, 2011. And notice this: Halseth says the accusations are “unfounded,” not “untrue.” Don’t think for a minute that choice of wording was an accident.

But I suspect that absent an open admission of – what’s the politically operative phrase? oh, yeah – “causing pain in my marriage,” some of you STILL don’t believe Elizabeth is trying to leave Nevada and has been playing bed-sheet bingo with a golf pro named Tiger.

Well, would you believe her own lawyer?

While the divorce and custody proceedings move along, Daniel’s criminal case from his October 21st arrest isn’t scheduled to be heard until May. And that pending criminal case is reportedly being used against him by Elizabeth’s attorney, Stacy Rocheleau, hoping Daniel will agree to allow Elizabeth to move out-of-state and take his children with her.

The pressure point is that if he’s convicted, a judge is much more likely to award sole custody to Elizabeth and he’ll lose all bargaining power. However…

A lot of people, myself included, believe the charges against Daniel are bull-$#%! and will never stand. And if he’s cleared of the criminal charges in May, that leverage Rocheleau is using to try to pry joint-custody from him goes away. So there’s a serious incentive here to try to get Daniel to cut a custody deal allowing Elizabeth to move before the criminal trial.

If all of this is true, and I have every reason to believe it is, it’s an outrageous form of blackmail and extortion…which is what many people supporting Daniel believe was exactly the scheme cooked up by Elizabeth and Tiger in the first place last October.

A source close to the family informed me that Rocheleau recently faxed a letter to Daniel’s attorney – on Valentine’s Day! – claiming that Daniel “is conducting himself in a manner which is alienating the children against Elizabeth, by speaking badly about her, her mother and her significant other, Tiger, (my emphasis) to the children.”

Now Tiger’s her “significant other”? While she’s STILL legally married?

Come on, doubting Thomases. It’s time to take off the rose-colored glasses about whether or not Elizabeth has been doing the horizontal bop with a man not her husband and brought all of this on herself. Indeed, in the immortal words of Jim Carey in Liar, Liar, Tiger “dunked her donut,” “gave her dog a snausage” and “stuffed her like a Thanksgiving turkey.”

And if you don’t think Elizabeth and her attorney are using custody of the couple’s children as a weapon against Daniel, get a load of this open threat Rocheleau included in her letter:

“If this behavior does not stop, I will have no alternative but to ask the court to restrict his visitation with the children. If necessary, I will have the children interviewed to expose his alienation. This will not bode well for him in his custody fight.”

Look, I’m gonna recap and wrap this up before my blood pressure goes off the charts again.

This is not a “private” matter, because Elizabeth herself set the standard for what constitutes fair game in her 2010 primary and general election campaigns…and because she had her husband arrested, which resulted in a public airing of her dirty britches.

And the fact that she’s had her messy divorce proceedings sealed doesn’t change this simple, undeniable fact: Elizabeth Halseth was caught by her husband having an extramarital affair which resulted in Daniel filing for divorce. Elizabeth is NOT the victim here; she’s the perpetrator.

And while Daniel has been the children’s primary care provider while Elizabeth was traipsing all over the campaign trail, the Legislature and mining tours with Tiger in Elko, she and her lawyer are using a trumped up accusation and subsequent arrest to pressure this wronged husband and good father to give up his kids and let them move to Alaska to live with the man who broke up his marriage.

The BEST thing this shrew can do now is immediately settle her divorce, move to Alaska with Tiger – who, oh boy, better watch his putter around this chick! – and leave the children she’s already left so many times before here in Las Vegas with her gratefully soon-to-be EX-husband.

And if accurately reporting all of these otherwise unreported facts makes me a “reckless blogger,” so be it. I can live with that. How Elizabeth Halseth can live with herself, though, is a mystery.