The Most Conservative Candidate Who Can Win 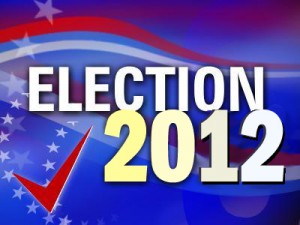 Bearing in mind conservative icon William F. Buckley’s admonition that conservatives should vote for the most conservative candidate who can win, take a look at the new-and-improved state Senate District 18 in Clark County.

Immediately after the new district lines were announced, Senate Republicans threw their support to moderate, tax-hiking Assemblyman Scott Hammond, arguing it was a Democrat district and, therefore, Republicans needed to nominate a moderate to win.

Now…anyone who’s done politics for any period of time at all knows that Republicans tend to turn out in at least slightly higher percentages than Democrats, and that independent/non-partisan voters tend to vote in greater numbers for Republicans; often around 60-40%.

So even with a 31-vote numerical Democrat advantage, SD-18 was, in reality, a GOP district. In addition, victories in 2010 by Sens. Michael Roberson and Elizabeth Halseth – both conservatives who won in districts with significant, not marginal, Democrat majorities – proves a conservative in Clark County absolutely can win even in a competitive district with a Democrat majority.

In December, the Clark County Election Department purged some 60,000 voters from the rolls. And in doing so, SD-18 now enjoys a 781-voter GOP numerical majority – not counting the turn-out and independent advantages. In other words, the district now definitely leans Republican, which means a solid conservative definitely can win.

Hammond is also a government employee (public school teacher) (I wonder if he belongs to the union?) who voted to “dumb down” the graduation requirements for students this last session and is being backed by more special interest lobbyists than Imelda Marcos (ask your grandma) had shoes.

So in this race, McArthur is clearly the conservative candidate. And especially in light of the new voter registration numbers after the purge, he absolutely can win this district.

And before Orrin Johnson and Bob Hastings have yet another conniption, that is NOT an endorsement and I have NOT been retained as a paid consultant to Assemblyman McArthur’s campaign. But if that changes, I’ll be sure to let the two of you, and your BFF Jon Ralston, know.