The Nevada Liberal Who Cries Wolf Has Finally Actually Found One 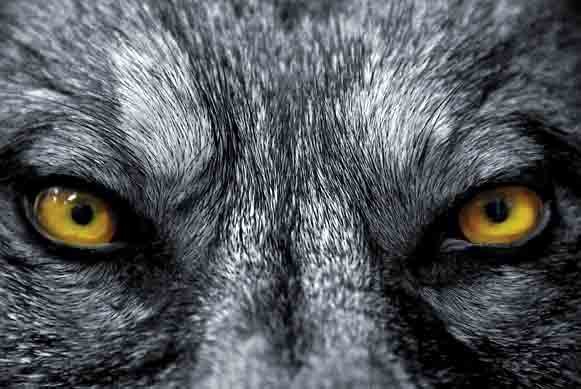 Nevada State Senator Yvanna Cancela (D-Culinary Union) is about as liberal as they come.  She also suffers from an advanced case of incurable Trump Derangement Syndrome.

As such, every time she cries “Wolf!” on just about any issue, conservatives immediately greet her clarion call with deep, understandable skepticism.

But in line with the observation that even a broken clock is correct twice a day, Cancela has actually found a real wolf in her crusade against price hikes by major drug manufacturers – although her ideas on what to do about the wolf continue to be liberally wrong-headed.

What makes this even more bizarre is that the president she hates is on her side on this one.  On July 9, President Trump posted one of his now infamous tweets…

“Pfizer & others should be ashamed that they have raised drug prices for no reason. They are merely taking advantage of the poor & others unable to defend themselves, while at the same time giving bargain basement prices to other countries in Europe & elsewhere. We will respond!”

And get this: The free-market, libertarian Cato Institute think-tank is also on the same page.  Politics do make strange bedfellows!

In a new book published by Cato, “Overcharged: Why Americans Pay Too Much for Health Care,” authors Charles Silver and David A. Hyman blow the lid off how Big Pharma is screwing the American public and getting away with obscene price increases.

But that’s nothing by comparison.  Here’s another: In 2013 Questcor raised the price for Acthar Gel – “a life-saving treatment for infantile spasms of multiple sclerosis” – to “$34,000 per vial for a medicine that previously cost $40.

But since Sen. Cancela’s legislative efforts last year primarily targeted the skyrocketing prices for insulin, let’s take a look at that one…

“Insulin is a drug used by millions of Americans afflicted with diabetes.  It is off-patent and made by three companies, so it should be reasonably priced.  It is not.  The past two decades have seen stunning price increases.

Now, one would think this sort of thing would be a violation of antitrust laws.  But as the authors note, that would only apply if you can prove the players colluded to fix prices.  In this case, the manufacturers “can legally play follow the leader when setting prices.”  It’s a strategy the authors call “tit for tat”…

“Whatever one company does, the others do in turn.  When one raises prices, the others follow suit, knowing that if they play follow the leader, they will all get rich.  The incentive to steal the market by charging less disappears because every manufacturer knows that other makers will cut their prices too, if it does.  An outbreak of price competition would leave all manufacturers poorer – so they all raise prices instead of reducing them.”

This defies the free market and doesn’t occur in just about any other industry.  So how do these drug dealers get away with it?

A big problem is with our patent system itself.

While the government extends a marketing and sales monopoly to new drugs for a set period of time for the purpose of recouping research and development costs, the drug dealers play games and game the system to block competition from generics – which would dramatically bring down costs – after the patent expires.

Here’s just one example from the book…

“Companies that make branded drugs like having monopolies and will do almost anything to protect them.  A common strategy in the pharmaceutical game – known as ‘evergreening’ – is to obtain a second patent before the first one expires.  Drug companies can obtain these secondary patents by tweaking their drugs in various ways.

“For example, the original patent on Prilosec, a remedy for heartburn, expired in 2001, but the manufacturer effectively extended its monopoly by getting a second patent on the pill’s coating.  The second patent lasted until 2007.  Another common tactic is to develop and patent a timed-release formulation.”

Yet another shenanigan, according to a 2016 Senate report, is to deny providing testing samples of a brand drug to potential competitors which need those samples “in order to gain U.S. Food and Drug Administration (FDA) approval for generic equivalents.”

A bill to end this practice, the CREATES Act, is currently bottled up in Congress thanks to an intense, multi-million dollar lobbying effort by the Big Pharma drug dealers.

So the answer to the problem isn’t government price fixing and controls, as Sen. Cancela and others on the left propose.  The solution is a drastic overhaul of the drug patent system to close monopoly-extension loopholes and open the market to far greater competition.

That said, congratulations to Sen. Cancela for, at least this time, crying wolf when a wolf was actually at the door.