Time for Las Vegas to Shut Down “Camp Poop-a-Lot” 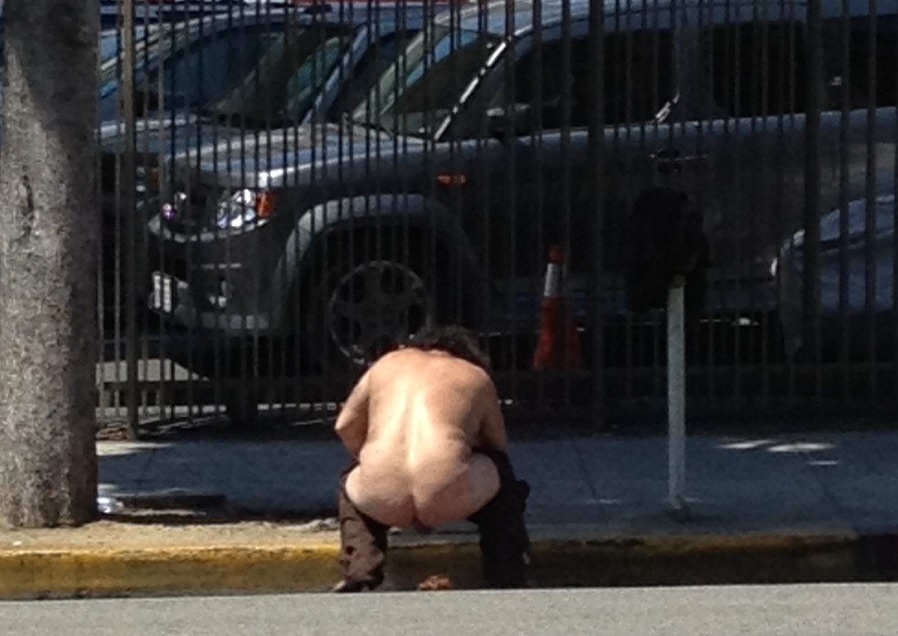 (Chuck Muth) – The City of Las Vegas is considering the adoption of a common sense ordinance that says homeless people are not allowed to set up campsites and outdoor outhouses on public sidewalks and private property in the downtown area as long as there are shelter beds available.

Indeed, critics of the ordinance are having a collective conniption; claiming the city is “criminalizing homelessness.”

No, it’s not.  It’s criminalizing camping out on public sidewalks and pooping in downtown streets when shelter beds are available.

Nevertheless, the usual gaggle of liberal Dudley Do-Rights have come out of the woodwork to moan and groan in high dudgeon while clutching their pearls over such a benign effort to protect the general public and private business owners from the unsafe and unsanitary conditions wrought by Camp Poop-a-Lot.

Naturally, the morally-superior Sisters of Perpetual Indignation have cranked up the ol’ propaganda machine.  And anyone who dares try to defend the ordinance will be dragged through a public meat grinder as a Cold, Callous, Uncaring SOB.

But since those are among my many middle names, once more unto the breach…

Part of Camp Poop-a-Lot’s PR campaign was an op-ed written by a homeless guy named Ron Moore and published Sunday in the Las Vegas Review-Journal.  It’s supposed to go unchallenged.  You’re supposed to accept the author’s arguments and conclusions without question.

But, um, I have some questions.  Sorry.

Mr. Moore writes that he’s “intelligent, persistent and a hard worker.”  Says he’s “traveled the world and been president of a national union.”  And yet he says he’s “been homeless seven times in five cities.”

“I would find a job,” he wrote, “then, after a time, the combination of alcohol and mental illness would cause me to lose my job.”

You see, he’s not responsible for his own actions.  The devil made him do it.

Mr. Moore continues.  Tells us he lost a job in San Antonio.  Then a female “friend” invited him to Las Vegas.  “The only problem,” he explains, “was that my friend changed her mind” while he was enroute on the bus.

“So I arrived in Las Vegas with nowhere to go,” Mr. Moore continues, “and not nearly enough money to start a new life.”

For some reason I’m having trouble believing this.  What kind of “friend” invites you to come live with them – and then changes their mind without reason or explanation while you’re on the way?  Something’s fishy.  There’s got to be more to this story.

Mr. Moore goes on to explain that most homeless people “stay on the street” rather than go to a shelter so they can “maintain their habit of drinking or other ways of self-medicating or because they find the shelter rules unreasonable.”

So I’m supposed to feel guilty because someone CHOOSES to keep drinking, thus perpetuating the cause of their situation, or refuses to abide by the rules established as a condition of the taxpayers’ generosity?  I don’t think so.

Mr. Moore then proceeds to bite the hand that feeds him, literally, by accusing the good Samaritans who selflessly stand on the front lines every day trying to help the homeless of being interested in nothing more than “to control us and maintain order.”

Maintain order.  Can’t have that, can we?  Bring on the anarchy!

Mr. Moore then goes on to claim he woke up one day with an earache and the security guard at the shelter refused to call 911.  Supposedly told him “to find a pay phone and call myself.”  Mr. Moore, however, chose not to do so and claims he suffered a hearing loss as a result.

“I will never forgive the shelter for the callous way they treated me,” he wrote, conveniently ignoring the fact that he chose not to take care of himself.

Mr. Moore then complains that the shelters “exist not to help us but to keep us off the street.”

Which, of course, is the purpose of homeless shelters; to provide shelter for the homeless so they don’t have to be on the street.  It shouldn’t take a Mensa to understand this.

But now for the kicker…

Mr. Moore says the shelters are only half-full on the first of the month because many homeless “receive a disability check” – also paid for by taxpayers.  But soon thereafter, he informs us, they’re back in the shelter “after they gamble their money away.”

Again, I’m supposed to feel guilty because someone CHOOSES to gamble away their taxpayer-provided disability checks?  I don’t think so.  Homey don’t play that.

Mr. Moore then declares that “There are no easy solutions to the homeless problem.”

Hey, I got one: Stop drinking, doing drugs and gambling!  Problem solved.

Of course, those aren’t Mr. Moore’s solutions.  Instead, he wants us to treat folks like him as “citizens who need help, not as a law enforcement problem.”

But if help is offered – including beds and breakfast at a taxpayer-funded shelter – and you CHOOSE not to accept it and instead CHOOSE to pitch a tent on a public sidewalk and poop in the street, sorry, but that IS a law enforcement problem.

Lastly, Mr. Moore demands that you and I “accept that no one would choose this lifestyle.  We didn’t choose homelessness; we are a victim of it.”

Sorry, Charlie…or Ron.  If you choose a lifestyle of substance abuse and gambling, you, by your own choices and actions, have chosen to accept the consequences of YOUR bad decisions, including homelessness.  That’s not on me.  That’s on you.

Nevertheless, the upcoming city council meeting to debate this proposal to shut down downtown’s Camp Poop-a-Lot is going to be a circus.

Self-righteous advocates will show up in droves – with bellies full of warm croissants and arriving from their quiet suburban homes in comfy, climate-controlled SUVs – to protest this “inhumane” proposal.

But if these people really have the hearts of gold they pretend to have, what they ought to bring with them is a flyer bearing their home address and an open invitation for the homeless to come camp and poop on THEIR sidewalks and front yards.

And spoon-feed them three squares a day out of their own pockets.

Oh, and lend them their car so they can go to job interviews or treatment centers.

Especially those who won’t take help when offered if strings such as “don’t drink,” “don’t do drugs” and “don’t gamble” are attached.

I refuse to feel guilty or be cowed into silence by people like Mr. Moore who have made bad choices in their lives and somehow think WE – who have had to make our own tough choices and decisions to provide for ourselves and our families – are responsible for their plight and owe them something.

Enough is enough.  The “rights” of the homeless end where the rights of others begin.  And that includes pitching a tent or pinching a chalupa on public or private property.

It’s going to be an agonizing vote for Las Vegas city councilmembers to shut down downtown’s Camp Poop-a-Lot.  But it’s the right thing to do.  So let it be written; so let it be done.