To Hell with Heller? 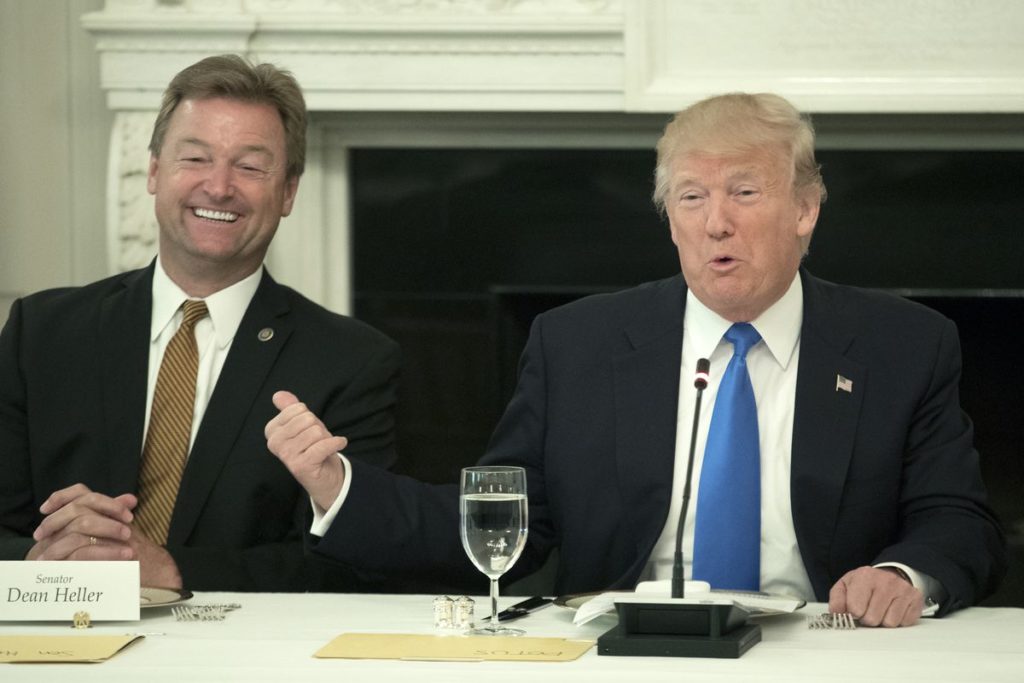 A couple weeks ago I published a column titled, “A Conservative Republican Case for Repealing and Replacing Dean Heller.”

I knew it would be controversial and a majority of Republicans would disagree with it; arguing that as bad as Dean Heller is, he’d still be better than the Democrat alternative, Wacky Jacky Rosen.

Believe me, I get and appreciate that position.  And I won’t hold it against any Republican who holds their nose and votes for DC Dean in November.

But don’t for a minute think that even though the GOP’s anti-Heller camp is small that it’s not big enough to throw the election to Rosen if they vote for the “None of the Above” option or a third party alternative.

Some can live with that; others can’t.

In any event, I want to thank Jan Edwards for sharing my column with HER readers and asking them for their opinions of it.  Here are some of the responses she received (edited slightly for length and clarity)…

This IS a tough issue.  Conservatives ARE divided on it.  But the reasons for the angst and divide are DEAN’S actions.  He brought this on himself.

Don’t blame the victims if many of us decide we’re unwilling to turn the other cheek once again.

“Planned Parenthood will perform 321,000 abortions this year with the $500 million of tax dollars we give them.  They are not a healthcare provider, they are an abortion factory.” – TPUSA’s Charlie Kirk