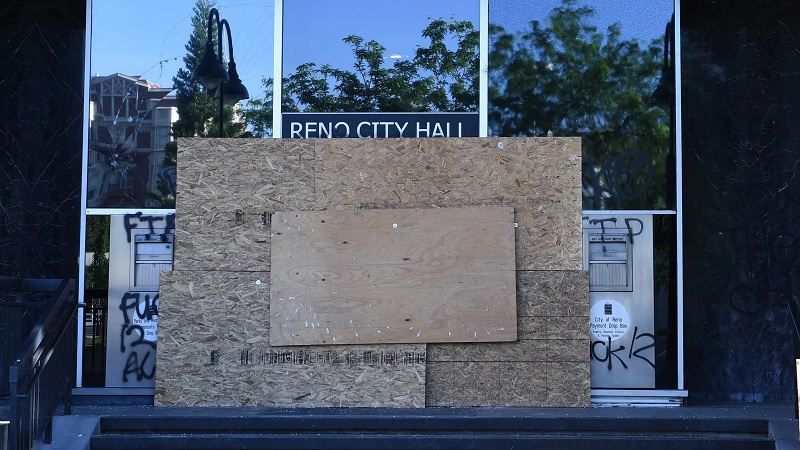 (Chuck Muth) – Reno Mayor Hillary Schieve may be a registered “independent,” but she’s as left-wing as they come.  She tries to hide her Democrat bleeding heart, but she hates Trump and backed namesake Hillary Clinton for prez in 2016.

And how’s that worked out for Reno?  Not so well.

Riots and looting erupted Saturday night.  Schieve apparently was caught flat-footed even though everyone else saw it coming a mile away after what happened in other Democrat/liberal-run cities across the country the night before.

Afternoon rioters busted through the glass doors and windows at city hall and set a fire in the lobby. 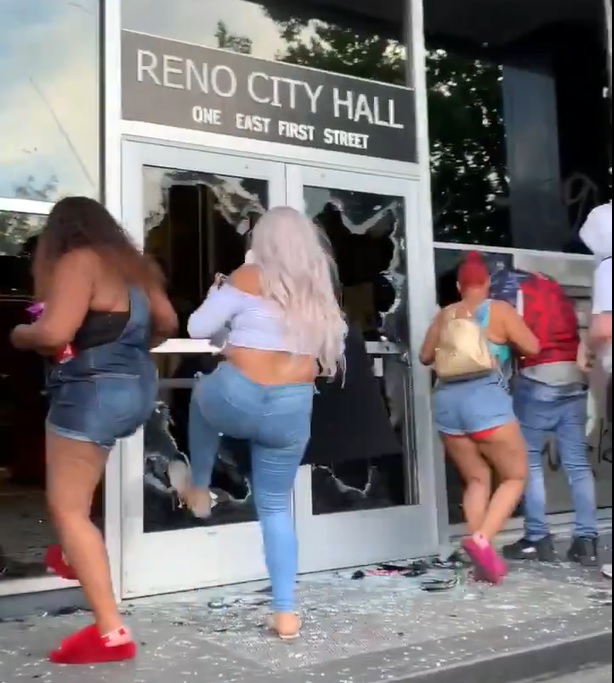 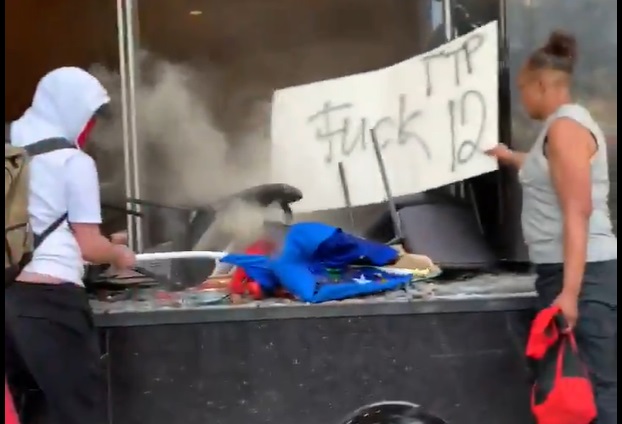 A reporter for This Is Reno got the sh*t kicked out of him by a few of the barbarians at the gate.

The Reno Police Department HQ was vandalized, including graffiti spray-painted on the walls calling law enforcement officers “Pigs” and “Fascists.”  Plus a few F-bombs.  Rocks shattered the windshields of police cars. 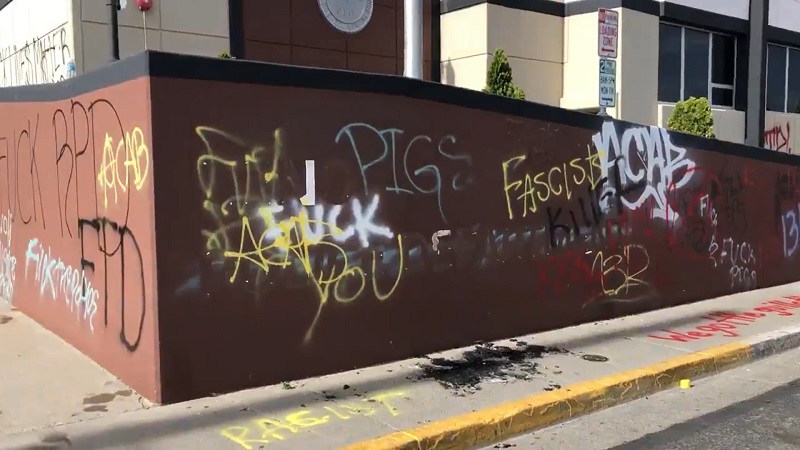 Colton Lochhead of the Las Vegas Review-Journal posted a video of rioters breaking into a Wells Fargo ATM machine and draining it. 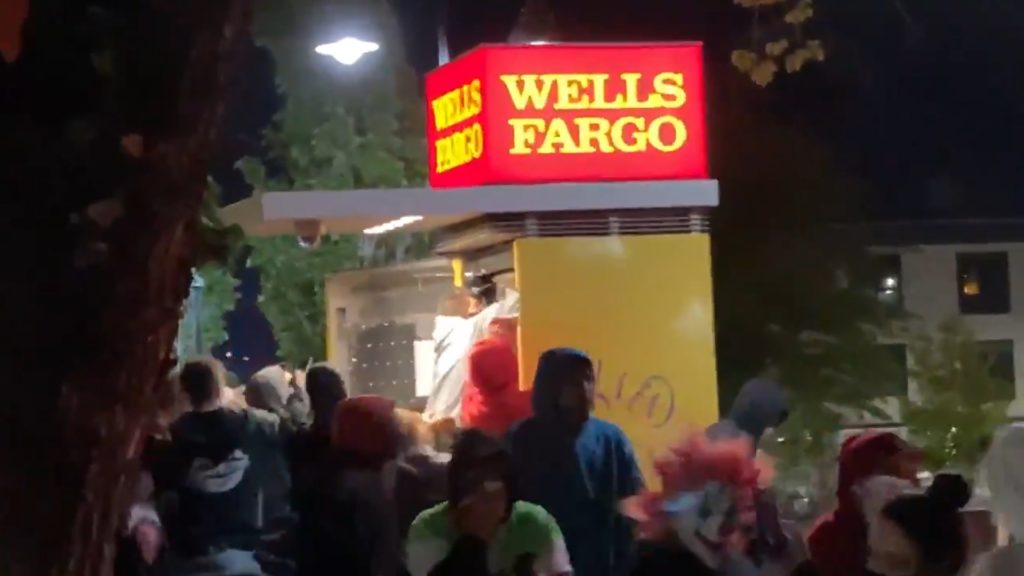 Another video showed a car on fire and rioters breaking the windows of a restaurant with rocks. 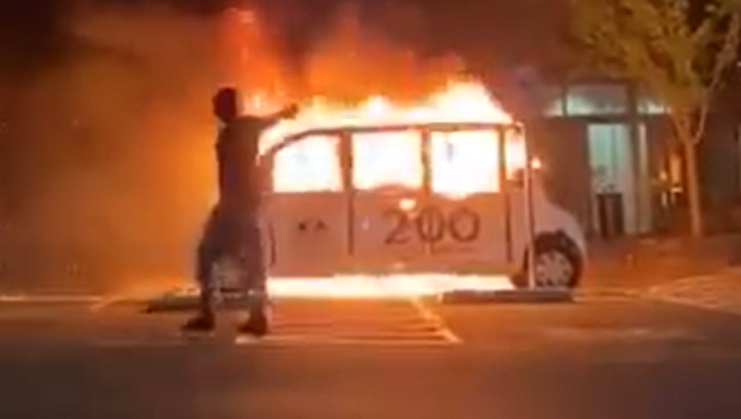 In other words, mayhem and anarchy by rioters, looters and violent “protestors.”  But here’s the kicker…

A little after 7:00 pm Schieve finally got around to ordering a curfew.  Which the rioters and looters promptly ignored, naturally.

“We in the City of Reno will not tolerate any excessive use of force by our police department or anyone else for that matter.”

Are you kidding me?

Rioters are throwing rocks, bricks and bottles at Reno police officers and Schieve fires a warning shot at the POLICE OFFICERS who are putting their very lives on the line to protect the lives and property of her constituency?

At around 8:30 pm, Sheriff Darin Balaam – keeping with the spirit of the mayor’s directive against “excessive force” – issued a statement that read, in part…

“Please, for the safety of yourself, your family members, and our community, please go home peacefully.”

Appeals the rioters and looters proceeded to ignore.  Go figure.

Maybe they should have said, “Pretty please, with sugar on top.”  Yeah, that’s the ticket.

Congratulations, Reno.  You elected as your mayor a San Francisco liberal who’s succeeding in turning Reno into East San Francisco.

Reminding us once again that elections have consequences.