What Nevada’s Anti-Brothel Activists Can Learn from Star Trek

Khan Noonien Singh was the evil bad guy who sent a pair of assassins to knock off his longtime nemesis, Captain Kirk.  Alas, the hitmen failed – which Khan realized when Kirk, instead of one of his assassins, responded to Khan’s radio call.

“Still, old, friend,” Kirk replies.  “You’ve managed to kill just about everyone else, but, like a poor marksman, you keep missing the target.”

Anti-sex trafficking advocates who continue to attack Nevada’s legal brothel industry should keep that scene in mind.  Because they, too, keep missing the target.

To remind them of what the real target SHOULD be, consider this December 30, 2018 story in the Albion Times…

“Two Long Island men, including a ‘self-described Crips gang member,’ were arrested for the kidnapping and sex trafficking of two girls – one of whom was only 12 years old, police said Thursday.

“Fredjy Exavier and Terron Newsome, both 22 and from Central Islip, were arrested Wednesday morning on a slew of charges that stemmed from the sex trafficking of the 12-year-old and a second victim, who was raped at the age of 13 and prostituted, Suffolk County police said.” 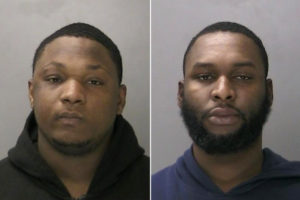 According to the police report, the thugs took the girls from the group home where they were living and drove them to a motel “where Newsome attempted to have the 12-year-old girl engage in sexual activities with him and encouraged her to become a prostitute.”

THAT’S sex trafficking of underage girls – and these two should be drawn and quartered for it.

The girls were rescued from the motel and the dirtbags arrested after one of the girls managed to call her former foster parent, who then called police to report they were being held “against their will.”

Sadly, this isn’t an isolated case in New York.  It’s going on every day all over the country, including in Nevada.

But you know where it’s NOT happening?

In order to work in a legal Nevada brothel, the women are REQUIRED to obtain a sheriff’s work card, which they can only receive after an extensive FBI background check to verify their age and identify any criminal history.

As such, there is no trafficking of underage girls going on in Nevada’s legal brothels.  None.

So if the objective is to eradicate the sex-trafficking of underage girls, as it should be, activists targeting Nevada’s legal brothels keep missing the target.

In Nevada’s legal brothels, you have consenting adult customers doing business with consenting adult service providers.  The businesses and all of their workers are licensed, regulated and taxed.

They are NOT the problem.

Those claiming otherwise who are trying to shut down Nevada’s legal brothels are bad marksmen.  They need to re-direct their fire.