Why Danny Tarkanian Can Win the General Election 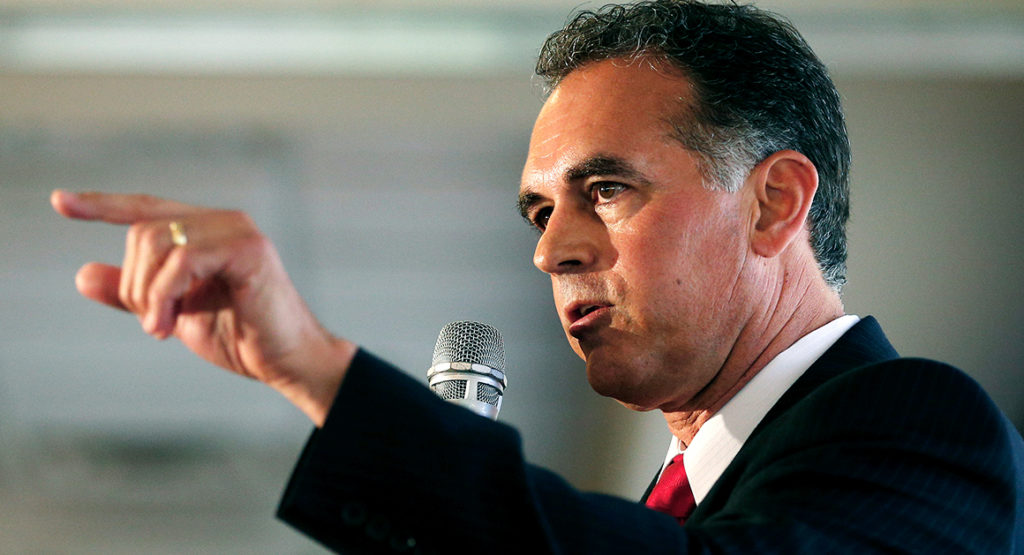 Last week I explained why – thanks to his #NeverTrump position last year and his refusal to vote to repeal ObamaCare this year – Sen. Dean Heller has virtually no chance to win re-election in the general election next year.  This week I’ll explain why Danny Tarkanian, his GOP challenger, does.

But first, a disclaimer.  Effective November 1st I joined the Tarkanian campaign as a paid advisor, so make of that what you will.  I will point out; however, that I made very similar arguments in a column last July before Danny was even in the race.  So, onward…

The knock against Danny, of course, is that he’s lost five general elections.  But what most folks forget or fail to mention is that he’s also won four out of five primaries.  And we’re not talking about cakewalk primaries!

In the one primary he lost, the 2010 primary for U.S. senate, he competed against ELEVEN opponents – including four former state legislators and two wealthy businessmen – in a race where Harry Reid’s gang intervened big time to hand-select the weakest of the viable GOP candidates.

Tarkanian clearly learned some valuable lessons from that effort, because he came right back in 2012 to win the Republican primary for Nevada’s new 4th congressional district against EIGHT opponents – including two who went on to win statewide constitutional offices two years later.  So these weren’t patsies.

Now, about the general election that year against the well-connected/well-funded sitting Democrat Senate Majority Leader, a couple of points…

First, that district had a HUGE Democrat voter registration advantage.  Secondly, although Danny lost the race by 8 points, there were two conservative-leaning third-party candidates in the general election who pulled in…8 points.

Fast-forward to 2016.  Tarkanian ran for Nevada’s 3rd congressional district seat, which also had a Democrat voter registration advantage though not as bad as the 4th.

In the primary, Tarkanian faced SIX Republican opponents – including the sitting Senate Majority Leader, a sitting state assemblywoman, and a highly-respected executive from the state’s premier conservative think tank.  And despite being massively outspent and brutally attacked by outside special interests, he won the primary handily.

Then came the general election.

Tarkanian lost by less than 4,000 votes out of almost 311,000 votes cast.  But again, a pair of conservative-leaning candidates siphoned off more than 21,000 votes.  In addition, his main GOP primary opponent refused to endorse him in the general election and none of the state’s top GOP elected officials – including Heller and Gov. Sandoval – actively campaigned on his behalf.

And all of this is why, if Tark again wins the GOP primary next year, he can win the general.

So if Danny wins the primary – and he’s already proved over and over again he can do that – he’ll have in the 2018 general election something he’s never had before: Top GOP establishment support in a competitive race.  But here’s the big question…

Will Heller support Tarkanian after the primary and actively campaign for him in the general?  If so, Danny will be the next U.S. Senator for the State of Nevada.