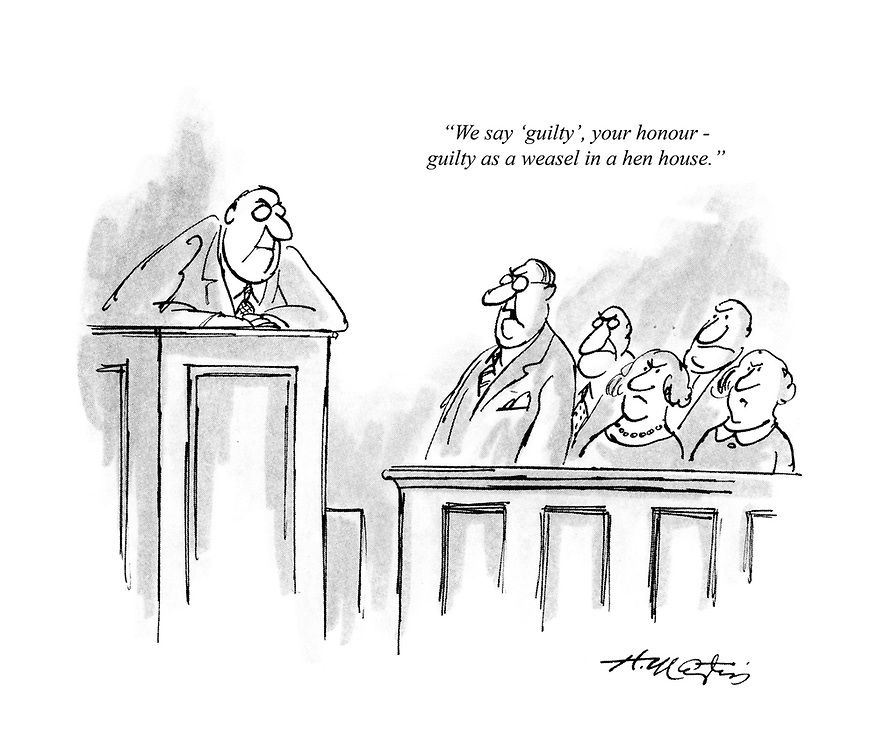 It pains me to write this.

I’ve known Mike McDonald for 25 years – dating back to when he was a Metro bicycle cop running for the Las Vegas City Council and I was the Clark County Republican Party chairman.

And I have been a staunch – STAUNCH! – supporter of his throughout his 7-year tenure as Chairman of the Nevada Republican Party.

No one has been a stronger defender of Mike over the years, especially when being attacked by “establishment” Republicans and certain members of the media.

But I’ve recently become aware of some extremely disturbing things which sadly mean I cannot support electing him for another term when the Nevada Republican Central Committee meets in Winnemucca this coming Saturday.

And I can explain it in two words.

But first, a warning and disclaimer…

Warning: In the course of this column, I will be using a rather salty word that describes a part of the human anatomy from whence the sounds and smells associated with “cutting the cheese” come from.  But only because it’s a quote.

Disclaimer: Much of what I’m about to write are my personal beliefs based on years of experience in this “biz.”  The consultant/strategist referenced is VERY GOOD at making sure his fingerprints are never found – even though everyone knows he’s behind it.

And with that out of the way…

The two short words that explain why I cannot support Mike McDonald’s re-election are:

Slanker waddled into Nevada’s political universe from Ohio back in the late 1990s when I was working for the Nevada Republican Party.  He somehow squirreled his way onto the campaign of then-Congressman John Ensign.

I met the guy a couple of times and found him to be singularly unimpressive.  So I asked our RNC (Republican National Committee) field director what was up.

“Every candidate needs an asshole,” she explained.  “Someone to fetch coffee and pick up the dry-cleaning.  Mike Slanker is John Ensign’s asshole.”

Slanker’s lack of political skills is legion.  And he’s absolutely no conservative.

But his saving grace is his willingness to kiss butt with gusto and persuade candidates and donors to pay high-dollar for his “expert” advice.  He’s a political mercenary.  Anything for a buck.

As such, in the early 2000’s he launched a political consulting firm called November, Inc.  He later added a fundraising arm under his wife’s name called October, Inc.

His main client and entrée into the GOP’s inner circle was Ensign.

Indeed, in 2007 when Ensign was tapped to head the National Republican Senatorial Committee, he hired Slanker to run the NRSC’s campaign to re-elect incumbent U.S. senators.

That set the stage for Democrats to get a 60-seat super-majority which gave Harry Reid the votes he needed to shove ObamaCare down the nation’s throat.

Slanker later found himself embroiled in the Ensign sex scandal by trying to create a “shut up about it” job at his consulting firm for Doug Hampton, Ensign’s chief-of-staff whose wife was caught doing the horizontal bop with the pants-on-the-ground senator.

He then went on to run the 2010 U.S. Senate campaign of WWE’s Linda McMahon right into a ditch – despite Mrs. McMahon pumping some $50 million of her own money into the race.

After Ensign resigned in disgrace, Slanker returned from DC and re-opened shop in Nevada, hiring on as chief strategist for Brian Sandoval.  Remember how that turned out?

Sandoval lied on the campaign trail and went on to defeat conservative Republican incumbent Gov. Jim Gibbons – who authored our state’s Tax Restraint Initiative and vetoed a massive 2009 tax hike (which Democrats and some RINO legislators over-rode).

Sandoval and Slanker then went on strong-arm the largest tax hike in Nevada history through the 2015 GOP-controlled Nevada Legislature – resulting, inevitably, in GOP losses across the board in the 2016 elections.

“Months earlier, Nevada’s Victory voter turnout program was rebranded ‘Team Nevada,’ moved outside the state GOP. The organization is run by top Nevada elected Republicans and their consultants and is overseen by presumptive presidential nominee Mitt Romney’s campaign and the Republican National Committee. … Team Nevada is operating with the support and oversight of the Silver State’s top elected Republicans…  Mike Slanker, is chief political strategist for Sandoval and Heller.”

Slanker was also providing his “expert” advice, as Sandoval’s brain, to the Romney campaign.  In a 2012 interview just prior to Election Day, he declared…

“Mitt Romney has the momentum and will carry Nevada.”

In a post-election story in Roll Call, Slanker was quoted as saying…

“I think Gov. Sandoval and Sen. Heller along with other GOP elected officials and party faithful will build a formidable GOP operation moving forward.”

“As we know, Mr. Slanker certainly hasn’t exactly been ‘willing to help build the party.’  Just the opposite.

“In fact, Mr. Slanker was a leading figure in efforts to undermine and circumvent the Nevada GOP in this last election by supporting and running political operations outside of the state party – including a mail campaign that came to Nevada voters from the Idaho and Colorado Republican parties instead of the Nevada GOP!

“There’s no doubt that Mr. Slanker wishes to run the Republican Party in Nevada without having to waste his time running to be Chairman or answering to the party’s Central Committee members or rank-and-file grassroots activists.  In his mind, there’s nothing wrong with a benevolent dictator…as long as he’s the dictator.”

Then there was the Never Trump fiasco in 2016.

Remember how Slanker’s clients – Sandoval and Heller – threw Trump under the bus just weeks before Election Day over the leaked Access Hollywood tape?

How’d that work out for us?

“The people in Nevada who are solid Trump supporters aren’t buying into this idea that now he’s (Heller) suddenly becoming a Trump supporter.  They’ve become Never Hellers. And there’s going to be a lot of Trump supporters who will not vote for Dean Heller. They’ll vote for none of the above.”

Quoted in the same article…

“But Heller’s chief strategist, Mike Slanker, said that in a swing state like Nevada, Heller – who has never lost a race in his nearly 30 years in politics – is exactly where he should be. … ‘People may knock him, but he’s a winner,’ Slanker said, ‘and he’s a winner because voters like him.’”

Exactly where he should be, huh?

How’d that work out for us again?

These guys don’t have the Midas touch.  They have the “cheese touch”!

As I wrote last November 10, 2018 after the Nevada GOP’s Custer-like electoral slaughter…

“From his first days in office, Sandoval – and his political hack consultant, Mike Slanker – conspired to bleed the Nevada Republican Party dry of support and operating funds.  Major donors were instead directed to give their money to various outside organizations – including some controlled and managed by Slanker (for hefty ‘consulting’ fees, of course).

“This effectively neutered the official GOP operation, placing critical election activities – including messaging, communications, voter registration and get-out-the-vote efforts – into the hands of unaccountable, and in many cases totally inept, political mercenaries for hire.”

The sad truth is, Mike Slanker – more than any other individual in the state – is responsible for Nevada turning blue.  Period.

He has actively worked to defeat conservative GOP candidates and install mushy-moderate, Republicans in office.

He has pushed tax hikes and other liberal legislation that have destroyed the GOP brand here.

And he spent six years stabbing Chairman McDonald in the back at EVERY opportunity.

He’s a cancer on the Nevada GOP.

And THAT’S why I can’t support Mike McDonald’s re-election.

Since last November’s electoral disaster, Chairman McDonald has hired or surrounded himself with Slankerites who were responsible for losing races we could have and should have won.

I discovered a few weeks ago that Slanker himself has weaseled his way into Mike’s inner circle and is now effectively running the Nevada GOP.

Not only is one of his firms now being PAID by the Nevada GOP for “fundraising consulting” – a real slap in the face after he spent six years trying to cut off state party’s fundraising – but at least two of his underlings are now calling the shots for the 2020 campaign cycle.

Jeremy Hughes – who was Sandoval’s campaign manager in 2014 and worked on the Heller campaign in 2018 – is now the regional director for the Trump re-election campaign in Nevada.

A “Never Trumper” consultant who managed the campaign of the guy who decimated the Nevada GOP by shoving the largest tax hike in state history down our throats and who also helped tank the re-election campaign of a sitting incumbent U.S. senator is now being paid to run the Trump re-elect effort in 2020!

And another Slanker toady, Keith “Schip-Wreck” Schipper has been hired by McDonald to head up the Nevada GOP’s communications operation.

Schipper is a talentless boob.  If you missed my write-up on him from a couple days ago, click here. This clown shouldn’t be allowed within a hundred miles of ANY Republican campaign or organization.

As I’ve said before, you can’t lay the blame for the GOP’s staggering electoral losses over the last two elections entirely at the feet of Michael McDonald.  However…

You CAN lay the blame for Heller’s 2018 embarrassing loss – which dragged the ENTIRE GOP ticket down – on Slanker, Hughes, Schip-Wreck and various vendors under Slanker’s control.

And now they’re getting rewarded and being paid to work for the Nevada GOP!!!

On what planet does THAT make sense?

When Mike McDonald was first elected party chair, he was one of us.  He actually led us in the fight against Nevada’s moderate Republican establishment party machine.

The RINOs (Republicans in Name Only).  The tax-hiking Republicans.  The “Republicans for Reid” gang.  High-priced lobbyist & consultants.  The Carson City “swamp.”

And for years those people relentlessly knee-capped McDonald, stabbed him in the back and did everything in their power to financially bankrupt the Nevada Republican Party.

But he’s no longer that Mike McDonald.  He drank the Kool-Aid.  Went “native.”

He’s suffering from Stockholm Syndrome – “a condition which causes hostages to develop a psychological alliance with their captors during captivity.”

He’s now working hand-in-glove with the same establishment Republicans and political consultants who spent years trying to take him out.

Sadly, Mike has embraced the strategy of, “If you can’t beat ‘em, join ‘em.”

I get why he’s done it.  It’s the Golden Rule: He who has the gold makes the rules.

And because Mike failed to establish an independent fundraising operation in Nevada, he’s now found himself under the control of the very people who have been trying to “off” him politically for years.

Don‘t get me wrong.  I’m not angry at Mike.  I’m not at war with Mike.  And if he wins re-election, I’ll continue to defend him against unfair attacks from certain jerk faces in the media – like Nevada’s #2 liberal blogger.

I cannot, in good conscience, support his reelection knowing he’s surrounded himself with and is paying people who have, quite literally, tried to destroy the Republican Party and keep conservative Republicans out of office for years.

If we re-elect Chairman McDonald, we’re putting the weasel in charge of the hen house.  That just ain’t right.  And it’s a betrayal to all of us who have stood with him against that weasel over the years.

The Nevada GOP is now in a serious re-building situation – just like we were in 1996 when Republicans also didn’t have a governor or a U.S. senator in office.

To be successful, it’s time for a new chairman.

So for what it’s worth, I’m supporting Annie Black.